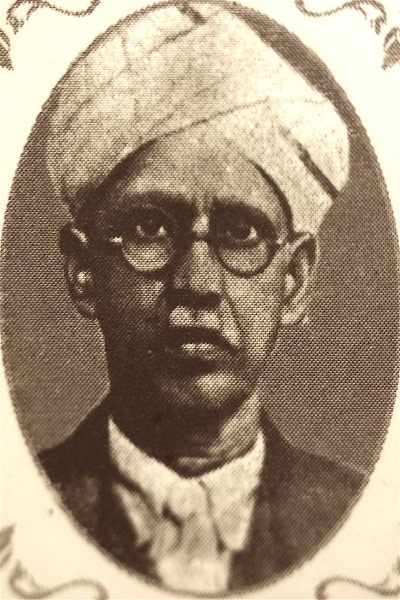 Lingayatism is a Shaivite Hindu religious tradition in India. Initially known as Veerashaivas, since the 18th century adherents of this faith are known as Lingayats. The terms Lingayatism and Veerashaivism have been used synonymously, but Veerashaivism may refer to the broader Veerashaiva philosophy which predates Lingayatism, to the historical community now called Lingayats, and to a contemporary (sub)tradition within Lingayatism with Vedic influences.

Lingayatism was founded, or revived, by the 12th-century philosopher and statesman Basava in Karnataka.

Sripati, a Veerashaiva scholar, explained Lingayatism philosophy in Srikara Bhashya, in Vedanta terms, stating Lingayatism to be a form of qualified non-dualism, wherein the individual Atman (soul) is the body of God, and that there is no difference between Shiva and Atman (self, soul), Shiva is one's Atman, one's Atman is Shiva.[69] Sripati's analysis places Lingayatism in a form closer to the 11th century Vishishtadvaita philosopher Ramanuja, than to Advaita philosopher Adi Shankara.

Preface of the book:

THOUGH the existence of Sripatipanditacharya's Bhashya on the Vedanta-Sutras of Badarayana has been long known, it has not so far been available in print. An incomplete Telugu edition was published many years ago but this is the first time the whole text is offered in the Devanagari script. The circumstances under which this edition has been undertaken have been set out at some length in the Introduction that follows and it is needless, therefore, to say anything further on that head here, except to state that it is entirely due to the public spirit and liberality evinced by the Mysore Lingayet Education Fund Association that it has at all been possible.

The publication of a work of this kind, a well-known commentary on the Vedavta-Sutras raises the question whether there is any utility in making ancient works of this kind available to the general public. The criticism has been offered suggesting that there are systems of philosophy which though they have not yet passed away, still "drag on their barren life, a fixed monotony of centuries and the specific instances offered are the schools of Brahmans and Buddhists and Confucians, who have drained off the life-giving words of their ancient masters into labyrinthine canals and stagnant pools. There in the overteemed East is the limbo of unchangeable systems preserved from the fertilizing breath of change by a universal inertia. That the East has been prolific in producing systems of thought may be admitted, but the suggestion that the systems have proved " stagnant " or have been overtaken by inertia " cannot, perhaps, be easily demonstrated. Faint echoes of the criticism above referred to have been heard now and again, repeated or reflected, in the remark that commentators in India have been content to build up their own systems of thought, profound though they be, only as appendages to the Vedas and Upanishads.

Remarks like these miss the main point that the Vedas and Upanishads enshrine philosophical thoughts far too fecund to be allowed to rust away. They simply refuse to die. Philosophy is yet philosophy whether it is found in
the Vedas or in the Upanishads or even in the mathematical formulas in which Spinoza, of all modern philosophers, set it. Philosophy, whether in the East or in the West, has emerged from religion as often as it has entangled itself in its meshes, and the intermingling is not to be regretted if it has helped in the elucidation of truth. Nothing better brings out the justice of this observation
than the lines on which Western philosophy itself has developed. To take but one instance, the case of Spinoza, who, perhaps, has most influenced European philosophical and even political thought in modern times. How much
of his system, if a system it be, he owed to his Rabbinical masters, how much to the Neo-Platonists and through them to earlier Hindu thinkers and how much again to Descartes ? Then, again, how much did the Christian Platonists of Alexandria and St. Augustine annex of the grand philosophy of religion built up by Plato and Aristotle, and Plotinus, Proclus and the rest of the Neo-Platonists during a period which covered some eight centuries of human thought ? And how much of St. Thomas Aquinas is based on the later Platonists? And how much Neo-Platonism itself, as a system of philosophy, which tried to resolve the absolute or God into the incarnation thereof in the Logos, or reason of man, and which aimed at demonstrating the graduated transition from the absolute object to the personality of man, a concretion of European and Hindu philosophy and religion so-called ? If philosophy is the science of religions or things in general, if it is properly an attempt to find the absolute in the contingent, the universal in the particular, the eternal in the temporal, the real in the phenomenal, the ideal in the real, or in other words, if it is to discover, as one interprets it, the single principle that possesses within itself the capability of transition into all existent variety and varieties, which it presupposes can be done not by induction from the transient, but by deduction from the permanent as that spiritually reveals itself in the creating mind, then the philosopher should be a man, to adopt the words of Goethe, who stations himself " in the middle (between the outer and the inner, the upper and the lower), to whom the Highest has descended and the Lowest mounted up, who is the equal and kindly brother of all." Philosophy passes the borderland as often as not of religion in its speculations. And if religion is a craving after responsibility to a Higher Power ; a mode of thinking, acting and striving after God ; or determining one's spiritual relationship to the unseen World ; then philosophy needs must do this. Nor is philosophy mere Science either ; it is something more than Science. If Science has for its province the world of phenomena, and deals exclusively with their relations, consequences and sequences ; if it can never tell us what a thing really and intrinsically is, but only why it has become so ; and if it can only, in other words, refer us to one inscrutable as the ground and explanation of another inscrutable, then philosophy has a function to fulfil and a role to play. Where Science is silent, there steps in Philosophy.

No wonder it has been described as divine wisdom" instilled into and inspiring a thinker's life, irrespective of the sources from which the inspiration is drawn. Religion and philosophy cannot be kept in watertight compartments any more than religion and science can be to-day. If men of science can invade philosophy and professing metaphysicians adopt the scientific methods and modes, there is no reason why religion and philosophy should stand divorced from each other, though they should normally function in their respective domains.

Shall try to understand it

Shall try to understand it