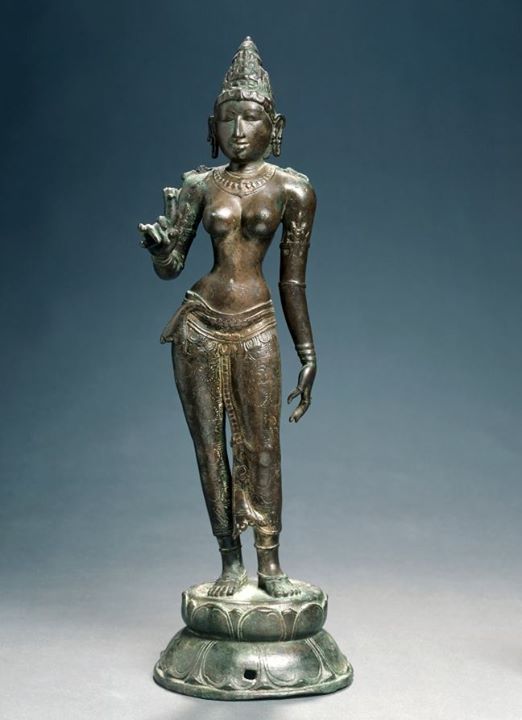 The Vedas, in particular Atharva veda and Sthapatya veda, describe many kinds of arts and crafts in their discussion of Shilpa Shastra and Yantra Sarvasva. The Rig veda mentions equipment used in casting, such as dhamatri (cupola), gharma aranmaya (crucible) and bhastri (blower). These discussions are in the context of making idols, and describe rules to achieve best talmana (proportions), mudra (stance) and bhava (expression).

Sanskrit texts such as Shilparatna and MANASARA describe in detail the process and principles for art work with metals, particularly for alloys such as pancha dhatu (five metals - zinc, tin, copper, silver and gold) and ashta dhatu (eight metal alloys - which adds iron, lead and mercury to pancha dhatu). Madhuchista Vidhana (cire perdue or lost wax) casting process is the most discussed process in these ancient shilpa shastras with metals. Kirk suggests that these Shastras diffused from India to other ancient cultures in Asia.

While there is empirical evidence of high purity metallurgy and art works with other metals, some ancient Shilpa Shastras have been lost. For example, the 5th century Iron Pillar of Delhi, which stands 23 feet, weighs 6 tonnes and contains 99.72% iron without showing any signs of rust, is empirical evidence of the state of metallurgical arts in 5th century India.
- Wiki

At Kopia in UP, ASI has discovered a huge Glass-making factory, They made beads, bangles, pots, etc in multiple colours as well as Glass boxes weighing as much as 40 kilograms. Nothing remains. All is lost. The Factory was burnt down when the Classical age ended by secular and liberal folk. All workers were probably lain, no texts remain. :(