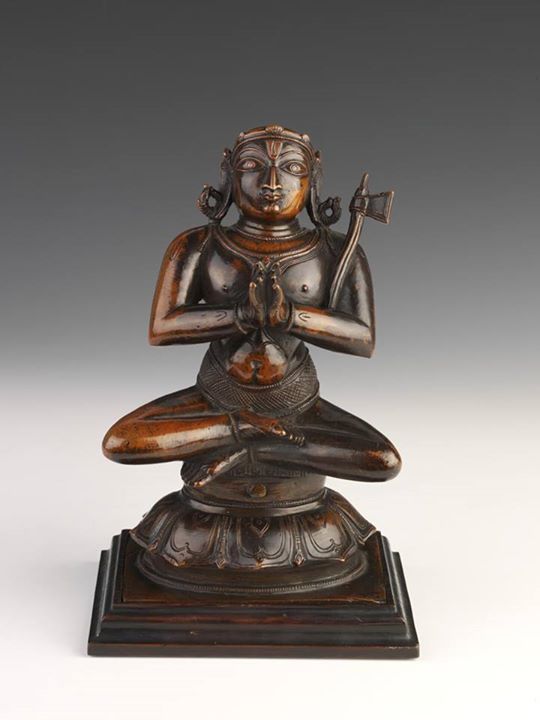 What makes Sri Ramanuja relevant today? Dr. Prema Nandakumar wites in The Hindu on the saint-philospher in the context of his 1000 birth anniversary.

One thousand years have gone by. Ten centuries. In India alone, so many kingdoms which would do their best to put an end to the religious and cultural traditions that had flourished from time immemorial. The Delhi Sultanate, the five Sultanates of the South - Berar, Bidar, Golkonda, Bijapur and Ahmednagar. Sher Shah and the Suri interregnum. The Moghuls. The British Empire. In spite of all that, Vedic culture not only survived but also gained new spaces. For, the adherents of the culture have had the benefit of leadership by spiritual personalities from time to time, re-formatting the culture in a positive manner without losing any of its seminal strengths. Of such great men, Sri Ramanuja, who was born in the 11 century, takes the pride of place as he remains relevant even today.

How shall we crown Sri Ramanuja? Is he a fine-tuned philosopher or a poet? Does his sociological thinking exceed the commentator? Does he loom large as a temple-builder or as a management expert? Does his concern for helping the common man out-top his blazing spirituality? Is he greater as a student or as a teacher? A deeper and wider engagement in his life and ministry makes it very, very difficult to decide. But one thing is clear. His virtue was compassion: his means, integration. The two main reasons why Sri Ramanuja remains perfectly relevant even today.

Seated figure of Ramanuja sitting on a lotus throne. His hands are joined in the gesture of devotion (anjali mudra).
In his left hand is a 'dhwaja'.

Ramanuja was an historical personage who, like his famous predecessor Shankaracharya (d.850 A.D.), was a teacher (acharya) who helped put the devotional movement (bhakti) on a firm philosophical footing.

One correction about the figure , it's not an axe in the left hand, it's a stick/"Dand"/दँड with a flag/"Dhvaj"/ध्वज. As shown in this attached image

Ramanuja was born in the village of Perumbudur, about twenty-five miles west of Madras. Ramanuja was a very brilliant student. Yadavaprakasha’s interpretations oframanujacharya stamp Vedic texts were not quite up to his satisfaction. Ramanuja pointed out many mistakes in the exposition of his master. Sometimes he gave his own interpretations which were much liked by all the co-students. This made Yadavaprakasha very jealous of Ramanuja. Yadavaprakasha made a plan to take away the life of Ramanuja. He arranged for Ramanuja and his cousin Govinda Bhatta–a fellow student–a pilgrimage to Varanasi. Govinda Bhatta, being a favourite student of Yadavaprakasha, came to know of the latter’s plan while they were travelling. He at once apprised Ramanuja of the danger and helped him to escape. By the grace of God, Ramanuja escaped with the help of a hunter and his wife whom he accidentally met on the way. About the end of the tenth century, the Visishtadvaita system of philosophy was well established in Southern India and the followers of this creed were in charge of important Vaishnavite temples at Kancheepuram, Srirangam, Tirupathi and other important places. The head of the important Vaishnavite institution was Yamunacharya, a great sage and profound scholar; and he was also the head of the Mutt at Srirangam. One of his disciples, by name Kanchipurna, was serving in the temple at Kancheepuram. Although a Sudra, Kanchipurna was so very pious and good that the people of the place had great respect and reverence for him. At present, there is a temple at Kancheepuram where Kanchipurna’s image has been installed and where he is worshipped as a saint. Young Ramanuja came under Kanchipurna’s influence and h