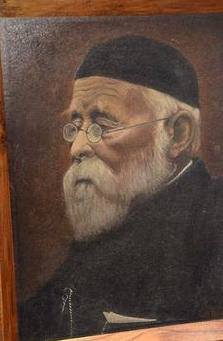 May 30, 1863 is a memorable date as it marks an important milestone in the history of Indian archaeology; it was on that day that Robert Bruce Foote, the father of Indian prehistory and South Indian geology, first discovered a palaeolith from Pallavaram near Chennai or erstwhile Madras. He also picked up a palaeolith in the State’s Hunsigi in Shorapur taluk.

Bruce Foote (1834-1912) integrated geological and pre-historic expeditions over a period of 40 years in various parts of southern and western India. In fact, the Foote collection of antiquities were all sold to the Madras Government Museum in 1906 and is a valuable treasure. This includes the Saganakal collection also.

Foote joined the Geological Survey of India on Sept 28, 1858 and was later invited to head the newly formed Mysore Geological Department in Bangalore.

Foote traversed through the erstwhile Mysore state and published his field notes in the first memoir of the Mysore Geological Department, explains Korisettar, who has been made Hon. Director of the pre-history museum at Bellary. Foote not only carried out explorations in several districts of Andhra Pradesh and Tamil Nadu but also in Belgaum, Dharwad, Bijapur, Raichur and Bellary in Karnataka.