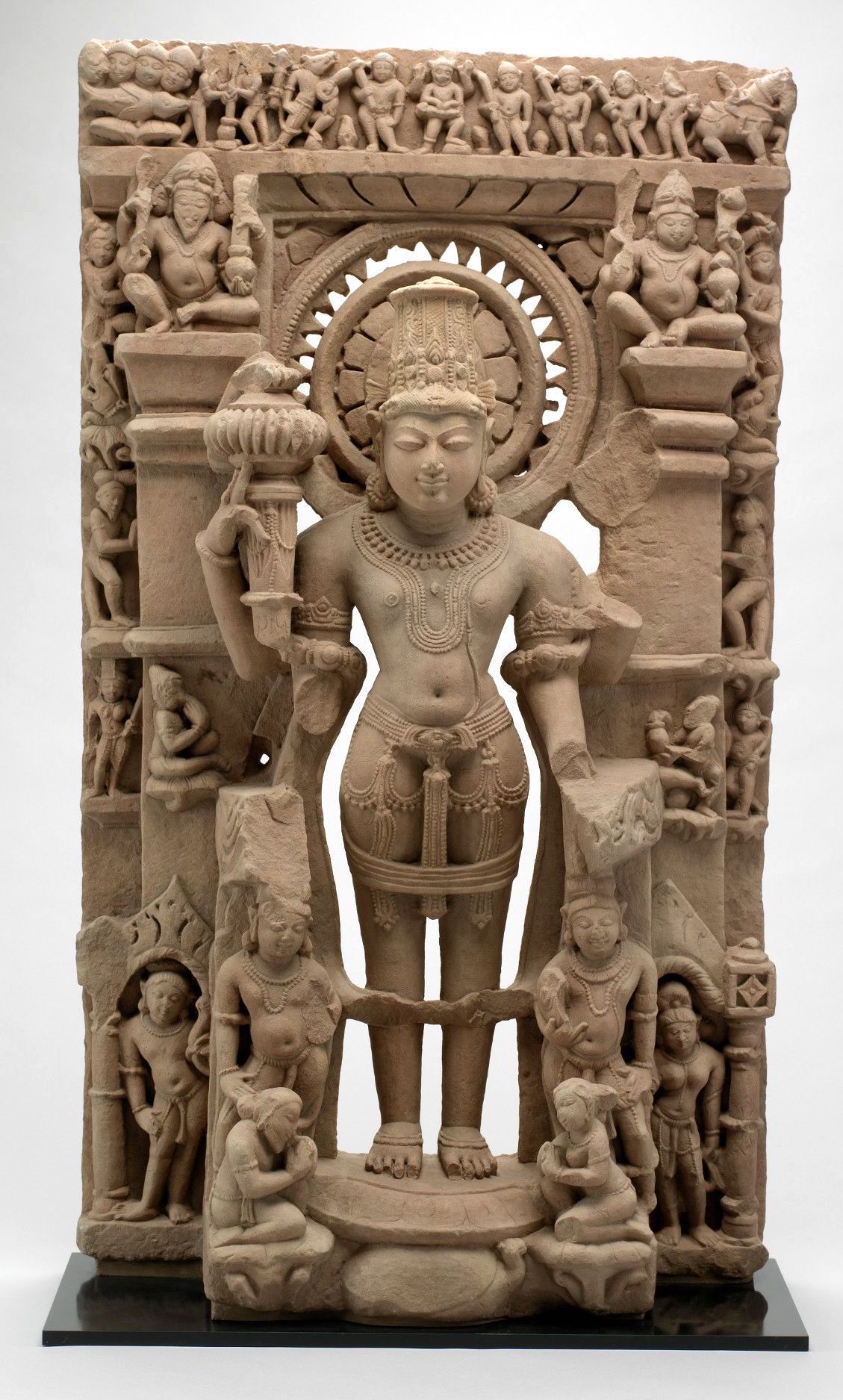 The Vishnu Purana is one of the eighteen Mahapuranas, a genre of ancient and medieval texts of Hinduism. It is an important Pancharatra text in the Vaishnavism literature corpus.

The manuscripts of Vishnu Puran have survived into the modern era in many versions. More than any other major Puran, the Vishnu Puran presents its contents in Pancalaksana format – Sarga (Cosmogony), Pratisarga (Cosmology), Vamsa (Genealogy Of The Gods, Sages And Kings), Manvantara (Cosmic Cycles), and Vamsanucaritam (Legends During The Times Of Various Kings). Some manuscripts of the text are notable for not including sections found in other major Puranas, such as those on Mahatmyas and tour guides on pilgrimage, but some versions include chapters on temples and travel guides to sacred pilgrimage sites. The text is also notable as the earliest Purana to have been translated and published in 1840 CE by HH Wilson, based on manuscripts then available, setting the presumptions and premises about what Puranas may have been.

The Vishnu Puran is among the shorter Puran texts, with about 7,000 verses in extant versions. It primarily centers around the Hindu God Vishnu and his incarnations such as Krishna, but it praises Brahma and Shiva and asserts that they are dependent on Vishnu. The Puran, states Wilson, is pantheistic and the ideas in it, like other Puranas, are premised on the Vedic beliefs and ideas.

Vishnu Puran, like all major Puranas, attributes its author to be sage Veda Vyas. The actual author(s) and date of its composition are unknown and contested. Estimates range of its composition range from 400 BCE to 900 CE. The text was likely composed and rewritten in layers over a period of time, with roots possibly in ancient 1st-millennium BCE texts that have not survived into the modern era. The Padma Puran categorizes Vishnu Puran as a Sattva Puran (Puran which represents Goodness and Purity).