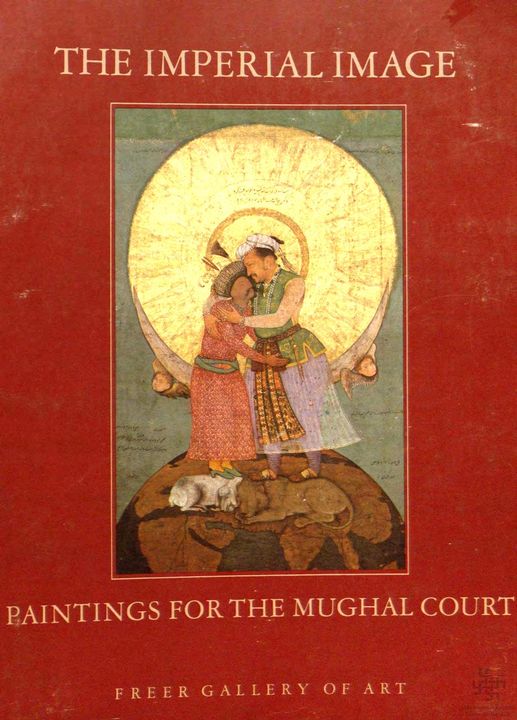 THE ART OF THE BOOK

In Muslim India, as in the Islamic world generally, books were regarded as precious objects. Physically valuable because of the materials and time that went into their preparation, they were tangible evidence of wealth, intelligence, and power. They were also among the most coveted spoils of war. The Emperor Zahir-ud-din Muhammad Babur recorded in his memoirs (the Babur-nama) an incident in his battle with Sultan Ibrahim Lodi of Delhi, whose defeat in 1526 established the Mughal dynasty in India:

"After spending two nights on the rise, I inspected the fort. I went into Ghazi Khanâ€™s book-room; some of the precious things found there I gave to Humayun, some sent to Kamran [his sons}. ... There were many books of learned contents."

Of Humayun, who was Baburâ€™s successor and the father of Akbar the Great, it in turn was written (in reference to books being plundered from his camp during a less successful battle):

"Near dawn, five or six thousand bhils and gawars fell upon the royal enclosure, His Majesty . . . and the troops having retired to a rising ground. The gawars came and proceeded to plunder, and many rare books, which were real companions and were always kept in His Majestyâ€™s personal possession, were lost."

The acquisition of books was not always so violent, of course, for they were also prime ceremonial presentation objects. The detail of catalogue number 17d shows the Emperor Jahangir presenting
books to Muslim holy men. In addition, when a noble died, everything in his possession went to the emperor, who would return to the family or retain exactly what he chose. Again, we have a contemporary source for such information in the Akbar-nama, Akbarâ€™s official biography:

'Shaikh Faizi left a library of 4600 volumes, some of them exquisitely copied with what may be said to be even unnecessary care and expense. Most of them were autographs of their respective authors or at least copied by their contemporaries. They were all transferred to the kingâ€™s library, after being catalogued and numbered.â€™

This passage is useful for giving us some idea of the size of a major nobleâ€™s library (compared to that of Akbar, who reportedly left 24,000 books at his death in 1605). The three quotes together also reveal that the movement of booksâ€”whether through presentation or plunderâ€”allowed to the upper classes a wide familiarity with a broad range of literary and artistic taste.