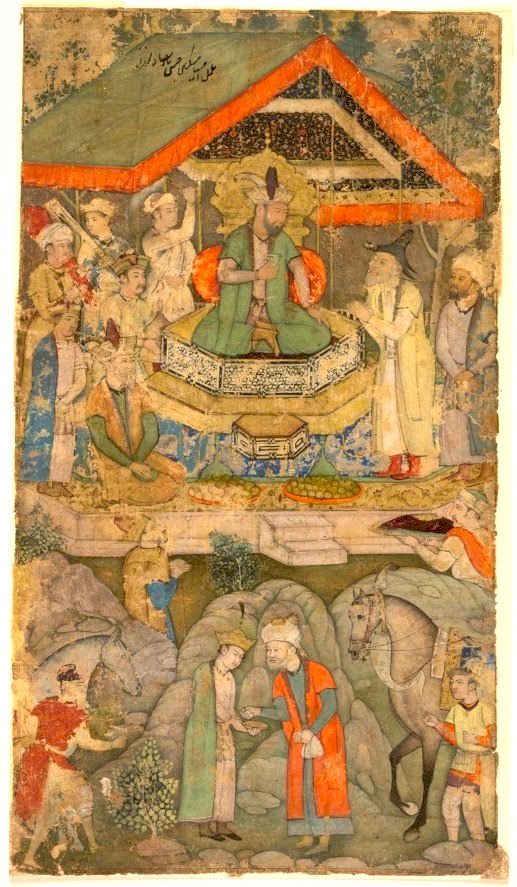 Nasir-ud-Din Muḥammad; 6 March 1508 – 27 January 1556), better known by his regnal name, Humayun, was the second emperor of the Mughal Empire, who ruled over territory in what is now Afghanistan, Pakistan, Northern India, and Bangladesh from 1530 to 1540 and again from 1555 to 1556. Like his father, Babur, he lost his kingdom early but regained it with the aid of the Safavid dynasty of Persia, with additional territory. At the time of his death in 1556, the Mughal Empire spanned almost one million square kilometres.

In December 1530, Humayun succeeded his father to the throne of Delhi as ruler of the Mughal territories in the Indian subcontinent. Humayun was an inexperienced ruler when he came to power, at the age of 22. His half-brother Kamran Mirza inherited Kabul and Kandahar, the northernmost parts of their father's empire. Kamran was to become a bitter rival of Humayun.

Humayun lost Mughal territories to Sher Shah Suri, but regained them 15 years later with Safavid aid. Humayun's return from Persia was accompanied by a large retinue of Persian noblemen and signalled an important change in Mughal court culture. The Central Asian origins of the dynasty were largely overshadowed by the influences of Persian art, architecture, language, and literature. There are many stone carvings and thousands of Persian manuscripts in India dating from the time of Humayun.

Subsequently, Humayun further expanded the Empire in a very short time, leaving a substantial legacy for his son, Akbar.

Humayun, the second Mughal emperor of India, son of Babur and father of Akbar, is enthroned in an outdoor royal encampment. The scene recalls Humayun’s 15 years of exile between 1540 and 1555, many of which he spent traveling through 'what is now' Pakistan, Afghanistan, and Iran, after an Afghan rebel ousted him from India.