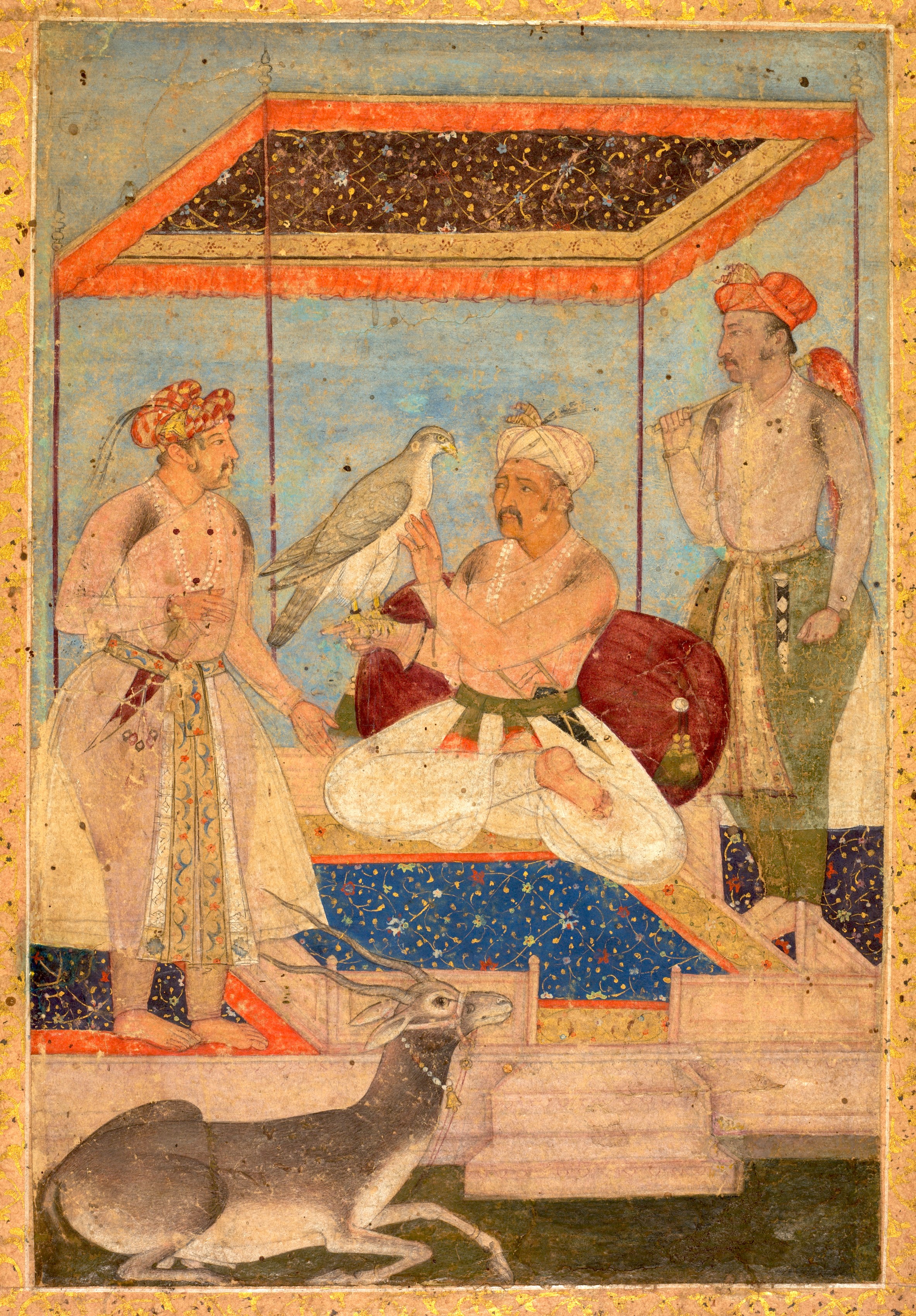 Digital Rare Book:
The AKBARNAMA of Abu-l-Fazl
Translated from the Persian by H. Beveridge
Published by The Asiatic Society, Calcutta - 1897
Volume 1

The Akbarnama, which translates to Book of Akbar, the official chronicle of the reign of Akbar, the third Mughal Emperor (r. 1556â€“1605), commissioned by Akbar himself by his court historian and biographer, Abu'l-Fazl ibn Mubarak, called one of the "nine jewels in Akbar's court" by Mughal writers. It was written in Persian, which is the literary language of the Mughals, and includes vivid and detailed descriptions of his life and times. It followed the Baburnama, the more personal memoir by his grandfather, Babur, founder of the dynasty. Like that, it was produced in the form of lavishly illustrated manuscripts.

The work was commissioned by Akbar, and written by Abul Fazl, one of the Nine Jewels (Hindi: Navaratnas) of Akbar's royal court. It is stated that the book took seven years to be completed. The original manuscripts contained many miniature paintings supporting the texts, thought to have been illustrated between c. 1592 and 1594 by at least forty-nine different artists from Akbar's studio,[2] representing the best of the Mughal school of painting, and masters of the imperial workshop, including Basawan, whose use of portraiture in its illustrations was an innovation in Indian art.

After Akbar's death in 1605, the manuscript remained in the library of his son, Jahangir (r. 1605-1627) and later Shah Jahan (r. 1628â€“1658). Today, the illustrated manuscript of Akbarnma, with 116 miniature paintings, is at the Victoria and Albert Museum. It was bought by the South Kensington Museum (now the V&A) in 1896 from Mrs Frances Clarke, acquired by her husband upon his retirement from serving as Commissioner of Oudh (1858â€“1862). Soon after, the paintings and illuminated frontispiece were removed from the volume to be mounted and framed for display.

The first volume of Akbarnama deals with the birth of Akbar, the history of Timur's family and the reigns of Babur and Humayun and the Suri sultans of Delhi. Volume one of Akbarnama encompasses Akbar's birth and his upbringings. According to the Abul Fazl Humayun, the second Mughal emperor and Akbar's father is praying to the Ka'ba, an Islamic holy place, for a successor to the Mughal empire. After this prayer, Maryam Makani showcases different signs that she is pregnant with Akbar such as having a shining forehead that others believe to be a mirror on her face or the warmth and joy that enters her bosom when a light shines on her. Miryam believes the light to be God's Light blessing her and her unborn child. Nine months later while Humayuan is away, Maryam gives birth to Akbar under what is considered an auspicious star and there is great celebration.

The second volume describes the detailed history of the reign of Akbar till 1602 and records the events during Akbar's reign. It also deals with how Bairam Khan and Akbar won the battle of Panipat against Hemu, an Indian warrior.

Emperor Akbar sits against a purple bolster under a canopy looking aged and careworn, probably not long before his death. He examines a trained falcon of the type that the Mughals used in hunting. This falcon appears to be from Akbarâ€™s son, Prince Salim, who stands before him in a gesture of gift-giving. A stately black antelope, a wild animal now a pet, harnessed and wearing a bell, crouches at the foot of the steps leading up to the canopied platform.

Image and text credit: The Cleveland Museum of Art