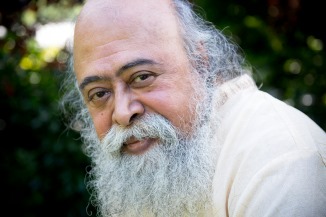 Essay:
What do Indians Need: A History or the Past?
By Professor S.N. Balagangadhara
Former professor of the Ghent University in Belgium, and Director of the India Platform and the Research Centre Vergelijkende Cutuurwetenschap (Comparative Science of Cultures)

Unpublished paper â€“ please do not quote without permission from the author. Â©

Today, both in India and abroad, we see the emergence of a new intellectual trend: based on painstaking research, to write an accurate history of India . What is new about this approach? In one sense, as I shall explain in this article, this attempt is not novel; in another sense, which too shall be explained, there is something very new in it. I shall talk about both in the course of answering the question raised in the title, which contrasts â€˜the pastâ€™ with â€˜a historyâ€™. This contrast needs explication because historiography is seen as an â€˜accurate recording of the pastâ€™. Yet, I am going to contrast the product of historiography, â€˜a historyâ€™ , with something called â€˜the pastâ€™.

However, th is story is complicated: it has at least two beginnings, two middle points and one common end. There are many branches to this story and, although this is not enough, I will even talk of an alternative . In a way, to an Indian audience, this should not pose a problem: the story of Mahabharata is not unitary; there are stories within stories with multiple narrators and voices, and many synchronous events. I am not a Vyasa to keep you captivated by my narration, even though I wish I were . Unlike his epic, this article is both short and requires a sequel . My hope is to write that sequel in the course of the foreseeable future. However, these are my failings . I hope you are still Indian enough to find the time to give me a hearing and that you have not become all hustle and bustle the way the westerners are.

A few thousand years ago, two intellectual movements existed simultaneously in the Ancient Greek society . The first , with a venerable past , was exemplified by the bards: these were the story- tellers , who moved from town to town recounting Greek legends and mythologies. The bards drew reasonably large crowds wherever they went; they did not merely entertain the audience by recounting Homer and other respected poets but also, through the act of story- telling, addressed the actual problems of their society. They told stories of long ago: Ulysses and the Sirens, Cyclops and Zeus, and about Jason and the Argonauts. The characters in such stories were both human and divine; some among them faced insurmountable challenges ; their deeds were, therefore, considered heroic. The poets, it was said, rightly immortalised them. The bards cherished telling such stories and the crowd s loved hearing them .

And then, there was another group as well. For the sake of convenience, let us call them philosophers (those who loved wisdom). We know the names of many such; one of them, the most well-known, is Plato. Th is philosopher was not happy , either with the bards or with what they did. He felt that the bards incited the crowd in to irrational behaviour based on irrational feelings. Instead of inculcating reasonable ness , Plato thought, these bards pandered to the e motions of people . Emotions were always bad advisors , especially if they concerned matters of polity . He opposed educating the children ( who would be the future Athenians) by teaching them legends and mythologies because such stories, according to Plato, always exaggerated, distorted and lied about the past. In fact, Plato envisioned an ideal state that would ban all the poets and bards into exile; such a state, ruled by a philosopher-king, would be the polis to live in because it alone cultivated reason among its citizens . He opposed â€˜mythâ€™ to â€˜historyâ€™, and â€˜ emotions â€™ to â€˜ reasonâ€™. He believed that not myths but history should guide the behaviour of the civilised Athenians. He saw the bards as â€˜oratorsâ€™ and counterposed â€˜rhetoricâ€™ (the art of speech ) of his time to â€˜reasonâ€™. Oration cultivated demagogy ( that which appealed to the irrationality and the emotions of the crowd) and thus poisoned the youth, whereas philosophy cultivated reason.

These two tendencies were apparently each otherâ€™s rivals in the Athens of so-long- ago. However, before either of the tendencies could gain dominance, the Greek civilisation collapsed. In the future, the torch lit in Athens would be carried only partially by the Roman Empire.

We now move the tale forward by a few centuries . At that time, the Roman Empire included many parts of what we now call the Middle- East. Romans had also conquered Judea, a nation of people called the Jews. Like all other nations of the world , the Jews too had a story about their own past. Their story told them of the travails of the Jews, comprising of twelve tribes, who were scattered among other nations as a punishment. The punisher is an entity that we now call â€˜Godâ€™ and He punished the Jews for forgetting Him, the â€˜God of Israelâ€™ . He is the God of Abraham, Isaac and Jacob. He is the creator and sovereign of the Universe, and the Jews were instructed to keep the Law He gave them. He instructed them too in the difference between Himself (the â€˜Trueâ€™ God) and â€˜godsâ€™ of other nations and peoples, and revealed Himself in Mount Sinai. Being the merciful God that He is, He also promised the children of Israel that He would send down to earth a messenger, who would unite the Jews together again.

This caricature of a story about the Jewish past will do for the moment because what is interest ing here is not the story itself but the attitude of the Jews towards it. Unlike the Greeks of yesteryears , the Jews of yesterday and today believe that theirs is a true story . In fact, they do not consider this as a story at all: to them, it is the factual chronicle of events on earth . In other words, their account of their past, the Jews believe, is history. God â€“ the God of Abraham, Isaac and Jacob â€“ did punish the Jews; God did promise to send His own messenger (â€˜the promised one â€™, Christos i s a Greek word ) to earth , and that this messenger will come because God always keeps His promises.

In the course of time, some Jews began to proclaim the arrival of such messenger s of God. Many said that t he Messiah had come to earth at Godâ€™s behest to save the children of Israel. The most wellknown group among them crystallised around the person and acts of Jesus of Nazareth. Believing that Jesus was the Christ (the announced, the messiah, the anointed), this group tried to persuade the Jews about his arrival. Most of the Jews did not buy the idea that Jesus was the Christ. Largely rejected by the Jews, this group then proclaimed that Jesus had come to earth not just to save the Jews but to save the entire Humankind. The Jewish accounts of their past, their history, had already spoken of the Original Sin, Eternal Damnation, Hell and Heaven. The Christians (i.e., those who believed that Jesus of Nazareth was the Christ) took most of it over but accused the Jews of heresy and a signal failure to understand their own scriptures. They believed that Judaism was dead and would be soon replaced by Christianity , a creed professed by the Christians , i.e. those who proclaimed the arrival of the messenger of God, his death on the cross for the sins of mankind and was resurrected three days later. This was the â€˜Good Newsâ€™ that the Christians proclaimed to the world at large.

This too is a caricature of Christianity but , again, I want to draw your attention to not only how the Christians looked at these chronicles but also to how they were and are compelled to look at it.