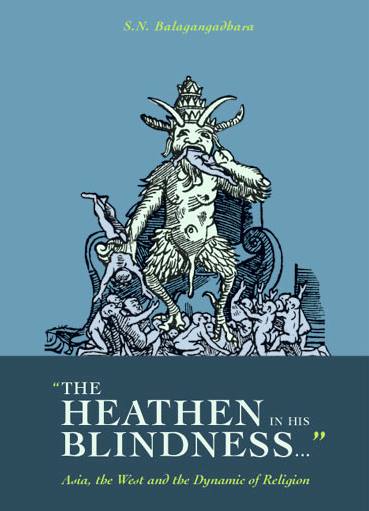 New Book:
"The Heathen in his Blindness...": Asia, the West and the Dynamic of Religion
By S. N. Balagangadhara
Published by Manohar Books - 2013

This trenchant critique of Western scholarship on Eastern religions holds that religion is important to the West because the constitution and the identity of Western culture are tied to the dynamic of Christianity as a religion. Through discussions of Hinduism, this volume shows how non-Western cultures and religions differ from descriptions prevalent in the West. The author proposes novel analyses of religion, the Roman religio, the construction of religions in India, and the nature of cultural differences. Today, most intellectuals agree that Christianity has profoundly influenced Western culture; that members from different cultures experience many aspects of the world differently; and that the empirical and theoretical study of both culture and religion emerged within the West. These truisms have implications for the world-wide conceptualization of religion and culture and this book explains the reasons why.