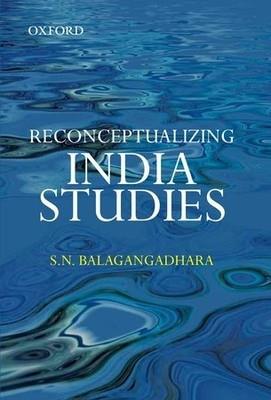 This book asserts that postcolonial studies and modern India studies are in need of theoretical rejuvenation. Post Said's Orientalism, postcolonialism, as a discipline, has drifted into the realm of paralysing self-reflection and impenetrable jargon. This volume addresses the original concerns of postcolonial studies and the central problems of modern India studies, and points out a potential direction for the social-scientific study of the Indian culture at a time when it is being challenged from all sides. Stressing the need for an alternative understanding of the Western culture, Balagangadhara argues that Hinduism, caste system, and secularism are not colonial constructs but entities within the Western cultural experience. He believes that the so-called facts about India and her traditions are a result of colonial consciousness. To answer the questions about Indian traditions, we need to understand the Western culture.

This book will be of considerable interest to all those interested in understanding Indian society, culture, and traditions. Scholars and students of history, philosophy, sociology, and postcolonial studies will also find this very useful.

1: 'Culture' and the 'Cultural': Problems, Pitfalls and a Proposal
2: The Future of the Present: Rethinking the Post-colonial Project
3: Comparative Science of Cultures: A Methodological Reflection
4: Colonialism and Colonial Consciousness
5: India and Her Traditions: An Open Letter to Jeffrey Kripal
6: Are Dialogues an Antidote to Violence?
7: Intercultural Encounters, Reasonable Dialogues, and Normative Political Theory
8: The Secular State and the Religious Conflict