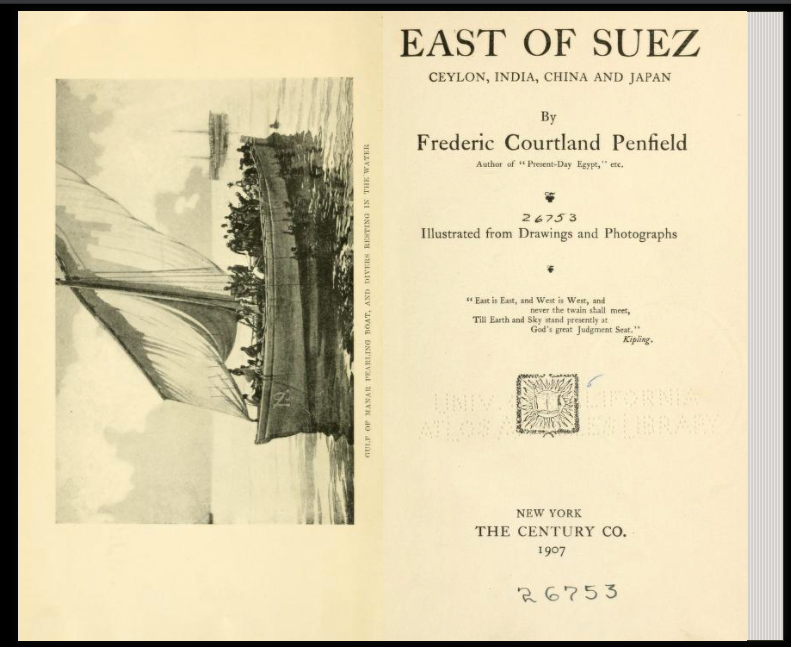 Frederic Penfield was born in Haddam, Connecticut, on April 23, 1855 to Daniel Penfield and Sophia Young He received his early education at Russell's military school in New Haven, and later studied in England and Germany. After several years with the Hartford Courant he became the United States vice consul in London in 1885. He married Katharine Albert McMurdo Welles (c1855-1905) in 1892.

He became the United States diplomatic agent to Egypt from 1893 to 1897. His wife died in 1905, and in 1907 he published the travelogue East of Suez: Ceylon, India, China and Japan describing his journeys through those countries. In 1908 he married Anne Weightman Walker, said to be one of the wealthiest women in the world.

Penfield died on June 19, 1922, at his home on Fifth Avenue in Manhattan of "congestion of the brain". He was buried at Kensico Cemetery in Valhalla, New York.