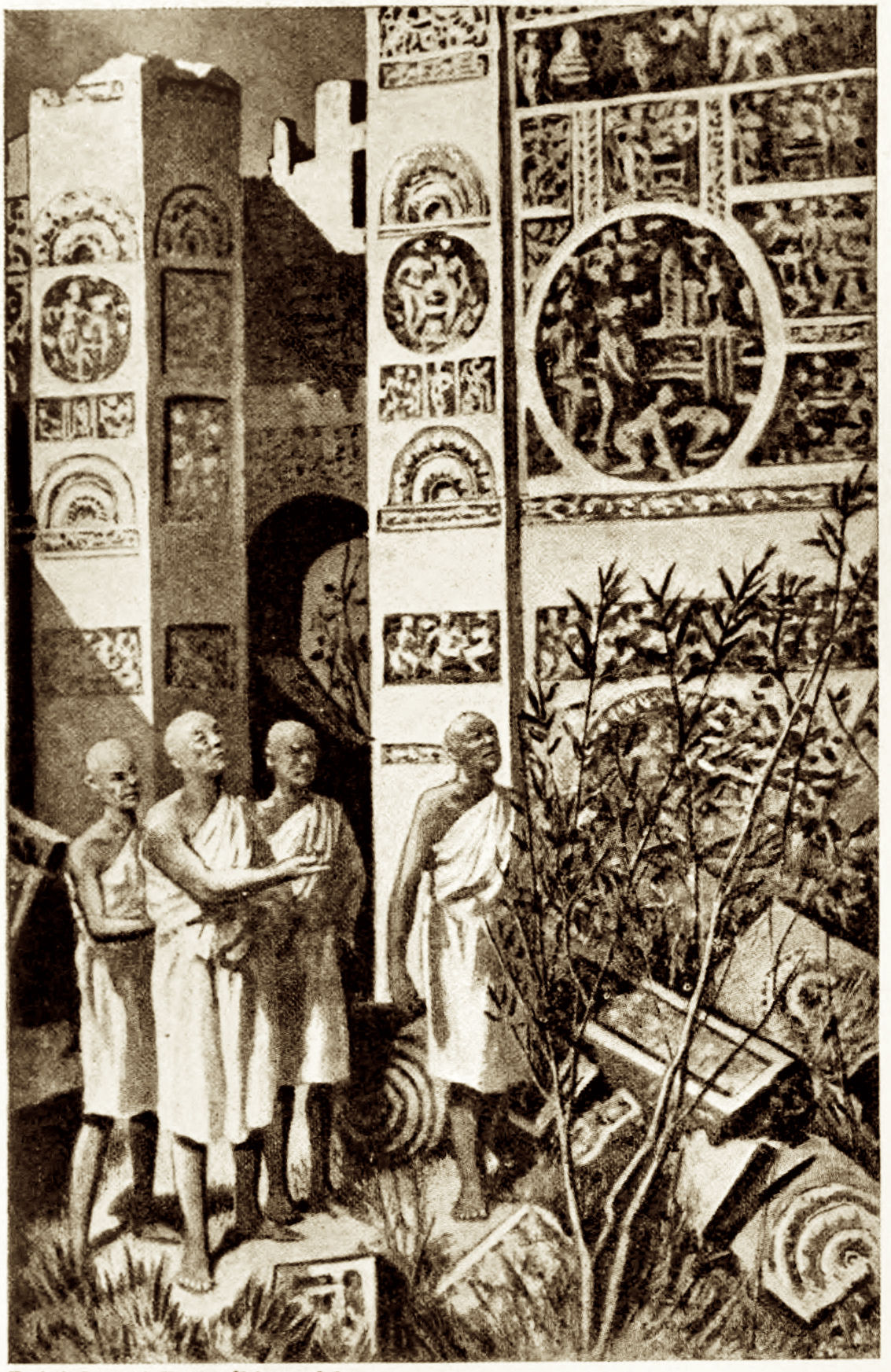 Essay:
The Journey of Faxian to India

Between 399 and 414 CE, the Chinese monk Faxian (Fa-Hsien, Fa Hien) undertook a trip via Central Asia to India seeking better copies of Buddhist books than were currently available in China. Although cryptic to the extent that we cannot always be sure where he was, his account does provide interesting information on the conditions of travel and the Buddhist sites and practices he witnessed. For example, he indicates clearly the importance of the seven precious substances for Buddhist worship, the widespread practice of stupa veneration, and his aquaintance with several of the jataka tales about the previous lives of the Buddha Sakyamuni, tales which are illustrated in the paintings at the Dunhuang caves. The extracts below, covering the early part of his journey, are from James Legge, tr. and ed., A Record of Buddhistic Kingdoms Being an Account by the Chinese Monk Fa-Hien of His Travels in India and Ceylon (A.D. 399-414) in Search of the Buddhist Books of Discipline (Oxford, 1886), pp. 9-36.

Image:
Faxian at the ruins of Ashoka's palace

From the book - Hutchinson's story of the nations, containing the Egyptians, the Chinese, India, the Babylonian nation, the Hittites, the Assyrians, the Phoenicians and the Carthaginians, the Phrygians, the Lydians, and other nations of Asia Minor.