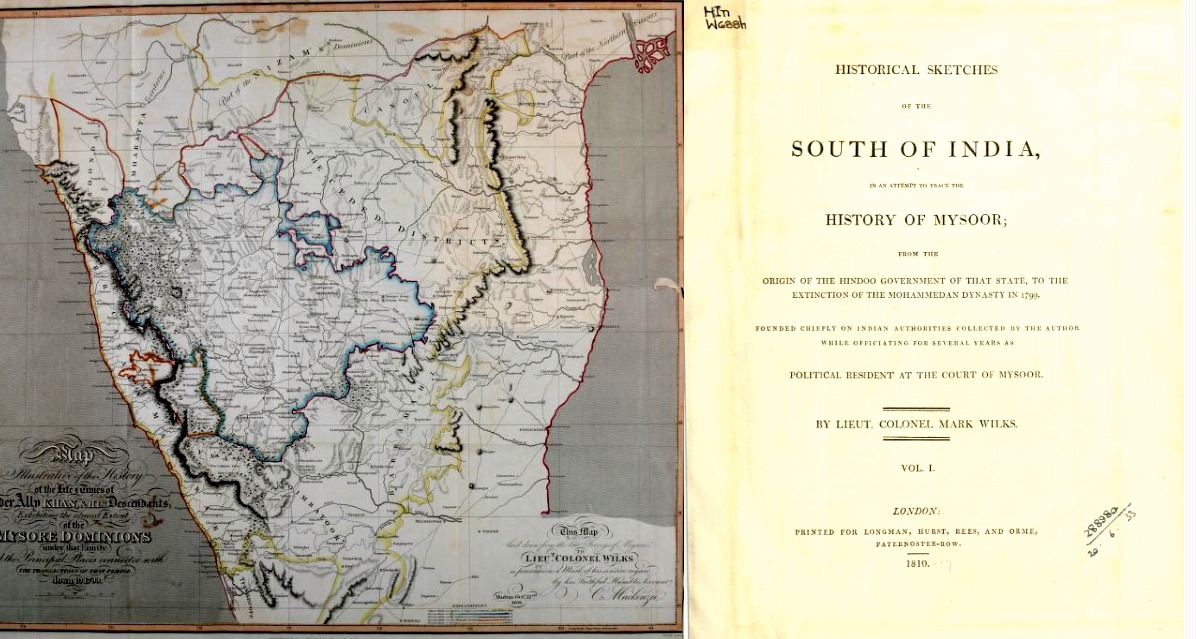 Digital Rare Book:
Historical sketches of the south of India, in an attempt to trace the HISTORY OF MYSOOR, from the origin of the Hindoo government of that state, to the extinction of the Mohammedan dynasty in 1799
By Lieut. Col. Mark Wilks
Printed for Longman, Hurst, Rees & Orme, London - 1810
Volume 1