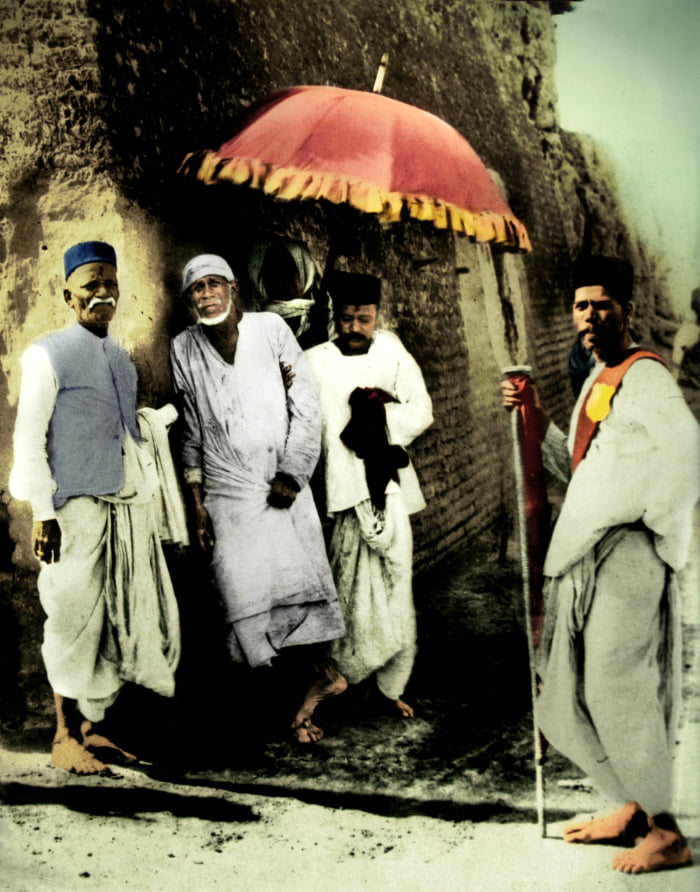 Sai Baba of Shirdi, also known as Shirdi Sai Baba, was an Indian spiritual master who is regarded by his devotees to be a manifestation of Sri Dattaguru and identified as a saint and a fakir. He was revered by both his Hindu and Muslim devotees during, as well as after his lifetime.

According to accounts from his life, he preached the importance of "realization of the self" and criticized "love towards perishable things". His teachings concentrate on a moral code of love, forgiveness, helping others, charity, contentment, inner peace and devotion to the God and guru. He stressed the importance of surrender to the true Satguru, who, having trod the path to divine consciousness, will lead the disciple through the jungle of spiritual training.

Sai Baba also condemned distinction based on religion or caste. It remains unclear if he was a Muslim or a Hindu. This, however, was of no consequence to Sai Baba. His teachings combined elements of Hinduism and Islam: he gave the Hindu name Dwarakamayi to the mosque in which he lived, practised both Hindu and Muslim rituals, taught using words and figures that drew from both traditions and took samadhi in Shirdi. One of his well-known epigrams, Allah Malik (God is King) and Sabka Malik Ek (Everyone's Master is One), is associated with both Hinduism and Islam. He is also known to have said "Look to me, and I shall look to you" and Allah tera bhala karega. He was said to be an incarnation of Dattatreya.