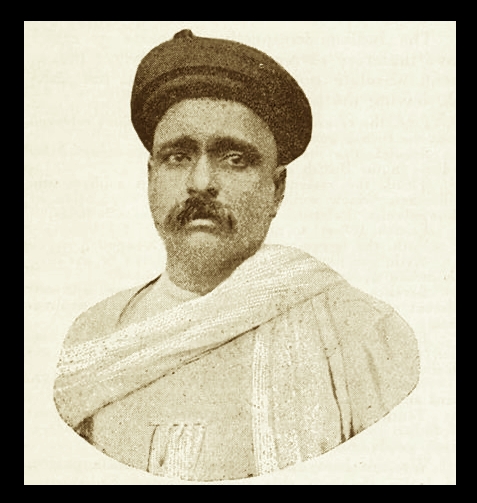 The ancient Indian literature is divided into two sections-Vedic and post-Vedic -and the chronological sequence of events in the latter can now be pretty accurately determined by referring to the date of Buddha, the invasion of Alexander the Great, the inscriptions of Ashoka, the Shaka era, and a number of other archaeological facts recently discovered. But when we go back to the Vedic literature, the oldest portions of which admittedly depict the most ancient Aryan civilization of which any records have been left, we find no such landrmarks ; and in their absence the method at first adopted by Western Sanskrit Scholars to ascertain the antiquity of the Vedic Civilization was necessarily vague and arbitrary. On the face of it, the Vedic literature is divided into four strata or layers - Chhandas, Mantra, Brahmana, and Sutra ; and it is evident that each of these stages of development must have lasted, at least for a few centuries before it passed into the next. Taking, therefore, these layers for the basis of his calculation, and assuming, at the lowest, 200 years for each stage of development, Prof. MaxMuller, in his HISTORY OF ANCIENT SANSKRIT LITERATURE, roughly fixed the age of Vedic civilization at 800 years before Buddha, or at 1200 B. C. The moderation here exhibited, was no doubt unobjectionable, even from a sceptical point of view. But it hardly corresponded with facts; and many other Vedic Scholars even then considered this estimate as too low, and assigning 400 instead of 200 years for each successive stage of development, carried back the antiquity of the Vedic culture to 2400 B. C. This was the general opinion about the antiquity of the Vedic civilization before the publication of my ' Orion ' and Dr. Jacobi's essay "on the age of the Rigveda," in 1893, in both of which the antiquity is carried back to about 4500 B. C. on the strength of astronomical statements contained in the Vedic literature.

Indian astronomy was one of the first subjects which attracted the attention of Western Scholars after the existence of Sanskrit literature became known to them in the last quarter of the 18th century. There are a number of learned and critical articles in the first Volumes of Asiatic Researches by Sir W. Jones, Colebrooke, Devies and other scholars on the special and important features of Indian Astronomy, e. g, the lunar zodiac and its antiquity, the Indian and the Arabic divisions of zodiac, the precession of equinoxes, etc, etc.; and so far as we know, there is hardly anything subsequently published, which surpasses these dissertations either in the breadth of view or the soundness of judgment exhibited therein. Even the Vedanga Jyotisha, that small tract on Astronomy appended to the Vedas, and which is the oldest astronomical work in Sanskrit, did not escape their attention ; and, though many verses in it were then obscure, yet it was clearly seen that the position of solstices mentioned therein carried us back, roughly speaking to about 1100 or 1400 B. C. But all the works, examined by these scholars are post Vedic, and help us little in ascertaining the antiquity of Vedic Civilization. The Vedanga Jyotisha, is certainly the oldest astronomical work now extant ; but now that it has been fully deciphered one can easily see that it cannot be the first work of its kind. It must have been preceded by others of its kind ; but as these are not now available, we must search the Vedic books themselves for any astronomical data that enable us to ascertain the age of Vedic literature. This was not done till some years later as the attention of early scholars was engrossed in discussing certain side issues which were raised at the time.