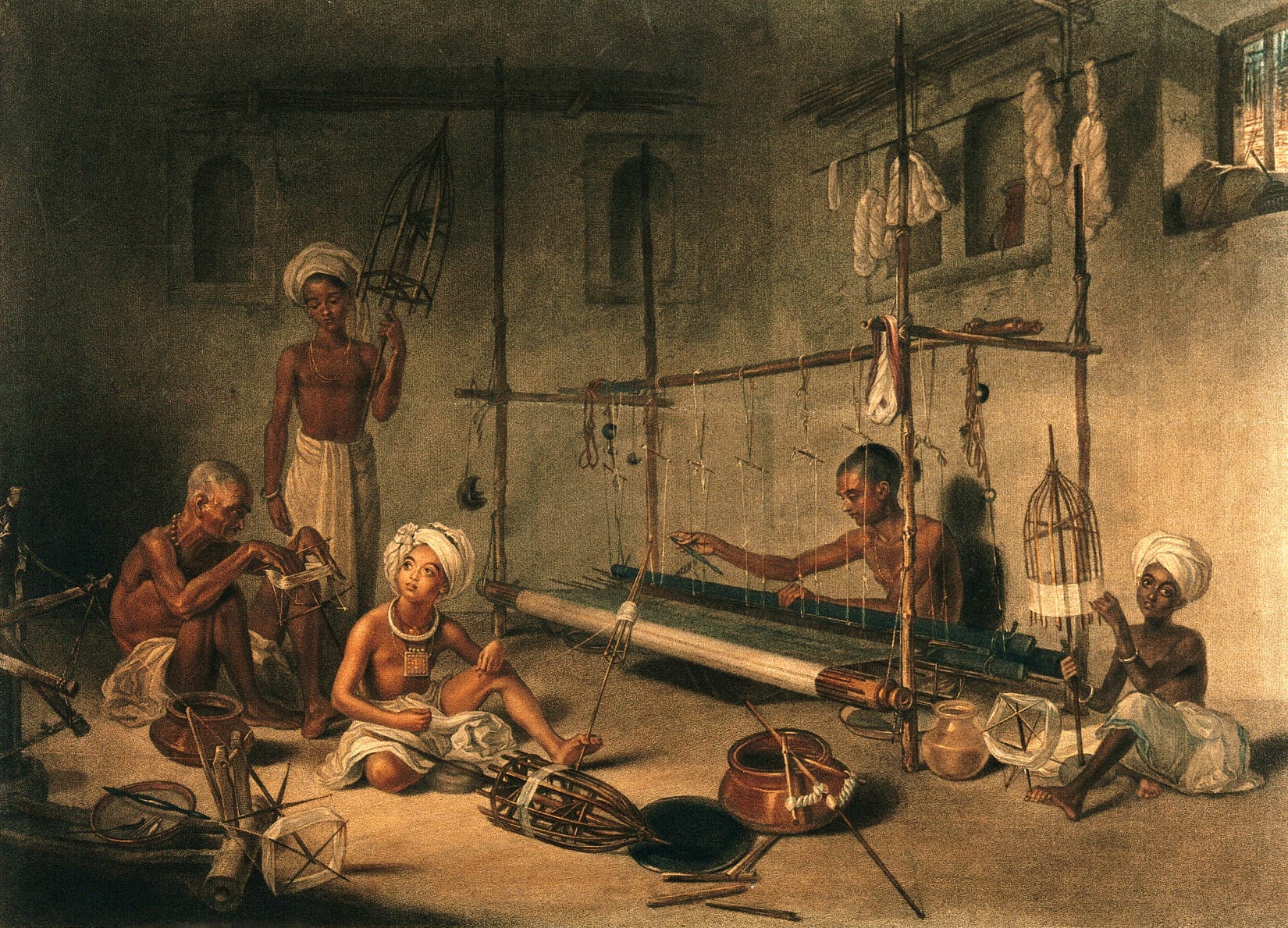 Digital Rare Book:
History of Hand-spinning and Hand-weaving in India
By S.V. Puntambekar and N.S. Varadachari
Introduction by M.K.Gandhi
Published by The All India Spinners Association, Ahmedabad - 1926

Devis was the son of Arthur Devis, a successful portrait painter. Devis enrolled at the Royal Academy Schools at the age of twelve and exhibited at the Royal Academy from 1775. In 1782, he embarked aboard the Antelope for a voyage to the East Indies, in the capacity of draughtsman. The ship was wrecked and Devis and the crew were stranded for a year on an uninhabited island in the Pacific Ocean. After a series of extraordinary adventures, Devis arrived in India, where he settled for ten years, establishing a modestly successful practice as a painter of portraits and local scenes. He returned to England in 1795; he concentrated mainly on painting portraits, but also landscapes, animal paintings and theatrical subjects.