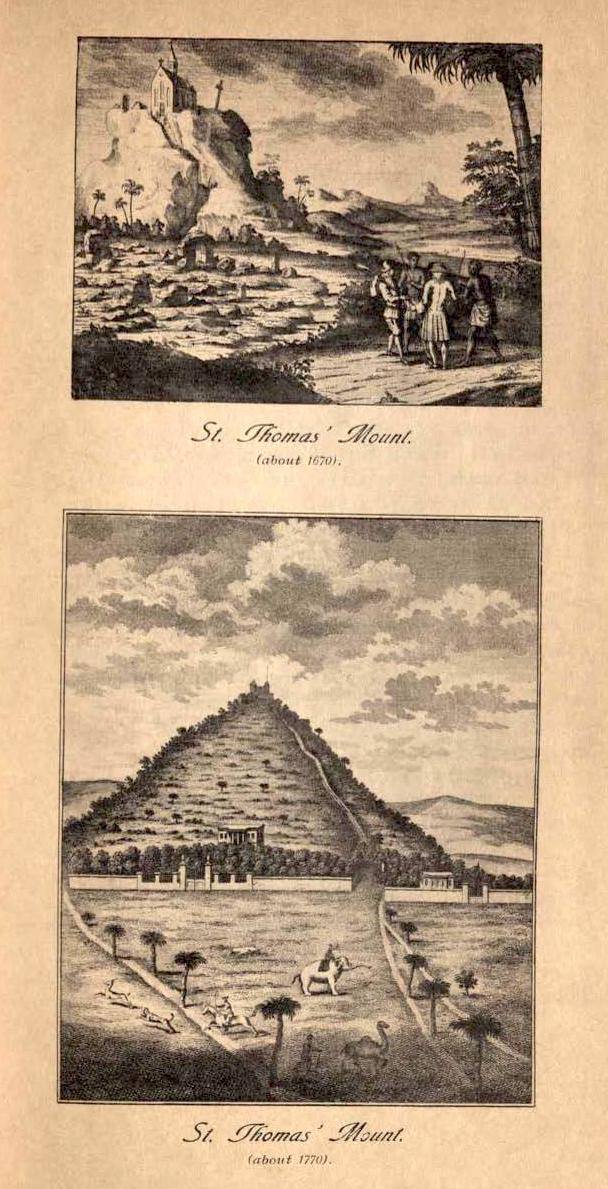 The principal features of Pittâ€™s term of office were the creation of the New East India Company and its subsequent amalgamation with the older association ; the permanent fortification of Black Town; the blockade of Madras and other British settlements by Nawab Da,ud Khan ; the acquisition by the English of additional suburban villages; and a serious dispute between the Right and Left hand castes. These subjects are dealt with in the following pages. The caste disturbances led to a difference between Pitt and William Fraser, one of the members of his Council. The matter was referred home, and the Company superseded Pitt, whose intended return to England was thus antedated by a few months. He handed over charge on the 18th September, 1709, sailed in the Heatlicotc in the following month, transhipped at the Cape to a Danish vessel, and landed at Bergen, where he stayed nearly a year before setting foot in his native land.

Always on the watch for fine diamonds, Pitt had in 1701 purchased a stone of 400 carats from a native merchant for 48,000 pagodas. The gem had been originally secreted by a slave at the Golconda mines, then appropriated by a sea captain, and by him sold to the merchant. Pitt sent the diamond home in 1702 by his son Robert, who was a free merchant at Fort St. George. It was a source of great anxiety to the Governor, whose private correspondence teems with instructions regarding its safety. Cutting reduced the stone to 137 carats, and Pitt ultimately disposed of it to the Regent of France for Â£135,000.

After his return to England Pitt purchased large properties in Berkshire, Hampshire, Wiltshire, Dorset, and Cornwall. He was repeatedly elected member for Old Sarum, and in 1716 he accepted, but shortly afterwards resigned, the governorship of Jamaica. He died at Swallowfield, in Berkshire, on the 28th April, 1726, at the age of seventy-three, and was buried at Blandford St. Maryâ€™s. A tablet erected to his memory disappeared during a church restoration.

Pitt married Jane Innes at Hugli in 1680, and she bore him three sons and two daughters. His eldest son, Robert, was father of William, Earl of Chatham ; the second, Thomas, was created Lord Londonderry; and the third, John, was a soldier of some distinction. The younger daughter became the wife of James, afterwards Earl Stanhope. The portrait of Pitt here given is reproduced from the painting by Kneller at Chevening. 1 There is another portrait, also by Kneller, at Boconnoc, Cornwall.

Thomas Pitt possessed great force of character, and decision in dealing with difficult situations. After his return to England he was known as 'the great President.â€™ At the present day his fine qualities as an administrator have been almost forgotten, and his fame rests mainly on the chance acquisition of a rare crystal.