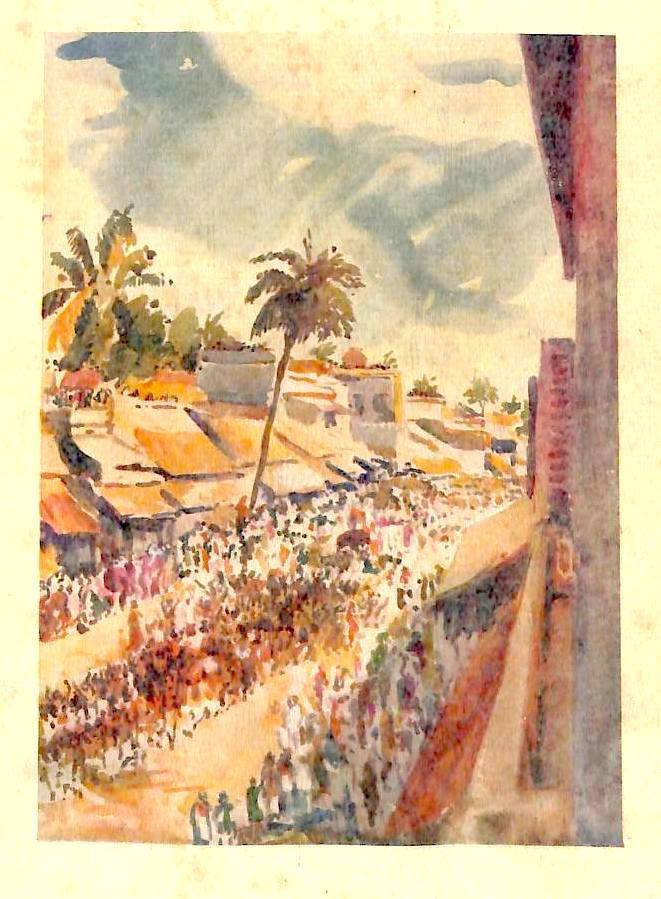 One who has lived under vows, performed ascetic ceremonies, and become a sanyasi. He has thus acquired sufficient merit to take upon himself the sins of the people, who give him alms as their privilege, not as a charity.

Lady Lawley describes him a being on a pilgrimage from Benares to Rameswaram. â€œ He refused to sit down while I kept him waiting, preferring to stand in the broiling sun till I was ready. He was under a vow not to sit down from sunrise till sunset. His hair was matted with grease and dirt, and it trailed on the ground when it was not hung across his arm. I put out my hand to touch it, but he started back with a look of terror lest he should lose merit by contact with a foreigner. Nor would he consent to take a rupee from my hand. I threw it on the ground at his feet and he picked it up.â€

Hindu will still bestow alms on tlxe ascetic. To allow him to suffer hunger or thirst would bring a curse upon the whole neighbourhood. In defence the people feed him and see that he wants for nothing. In return he blesses them, controls the evil spirits so that they shall not plague them, gives them charms to cure disease and to keep away bad dreams and all kinds of ill luck.

The Sadhu in the sketch has allowed his hair to grow in fulfilment of a vow made by his mother that it should never be cut. If he did not twist the long matted strand over his arm it would trail upon the ground. Another vow that he made was never to sit down to rest between sunrise and sunset. The marvel is that he consented to stand before the artist and permit his portrait to be taken. Probably he did not understand what the English lady was about. He may have thought that she, like the Hindus, desired to benefit by the huge store of merit that he had acquired in the performance of his strange vows, and that this was her method of drawing some of it upon herself.

The belief of the people in the sanctity of the ascetic seems childish and harmless ; sometimes it is neither the one nor the other. The belief is that every action of the Sadhu is sacred, that he cannot sin; and tliat in assisting him to fulfil any human desire a highly meritorious act is performed and a blessing obtained. This superstition opens the door to the performance of various immoral actions in the name of religion.

There are several degrees of sanctity among Hindu ascetics, who may all be classed under the term of Sadhu. The highest form of asceticism is the Hindu practice of Yoga. It is not confined to any caste or tribe; the Yogi is usually a man who desires to give up the world and attain union with his deity. His method is intense concentration of thought assisted by fixing the eyes on some given point; or it may be accomplished by postures. He usually repeats the name of the deity or a muntram. The object of contemplation is frequently the tip of the nose, which causes him to squint. He also regulates his breathing. The result is self hypnotism and trance, during which he is believed to be in direct communication with the deity.