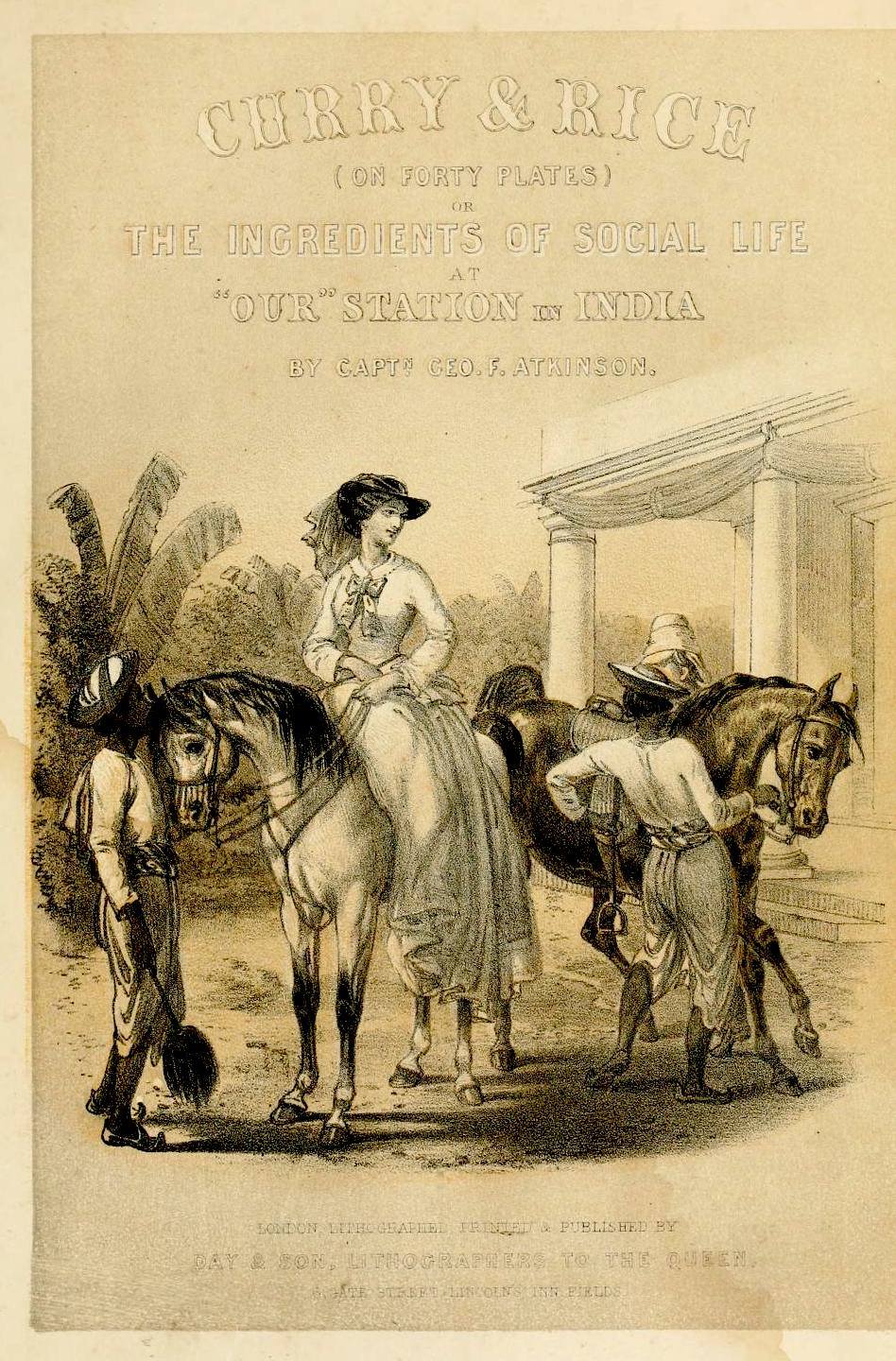 Digital Rare Book:
Curry and Rice: On Forty Plates; or, The Ingredients of Social Life at "Our Station in India"
By Captain George Francklin Atkinson
Published by Day and Son, London - 1860

George Francklin Atkinsonâ€™s (1822-1859) Curry & Rice was a satirical work that critiqued the lives and behaviors of British colonialists in India. Atkinson served with the Bengal Engineers between 1840 and 1859. Written immediately following the Sepoy Rebellion of 1857, the work describes a fictional Indian village called Kabob. Included in the narrative are forty full-page tinted lithographs of daily life around the village, which he illustrated himself. Atkinson caricatured colonial officials in a humorous way, presenting brief vignettes of different fictional British characters residing in the village. He was inspired by Sir Charles Doyleyâ€™s depictions of Britishers in India, but he took a more critical approach to interpreting the relationships between the British and their colonial subjects. Native Indians were seen as treacherous and unchangeable following the Sepoy Rebellion; British colonialists distanced themselves from their subjects and exaggerated their social values in an effort to preserve their â€œBritishnessâ€ within the foreign space of India. The work enjoyed a long period of popularity among the British following Atkinsonâ€™s early death, in part because of the satirical nature of the work, but also because it presented a discerning view of colonial life in India.
- Sara Miller McCune Collection