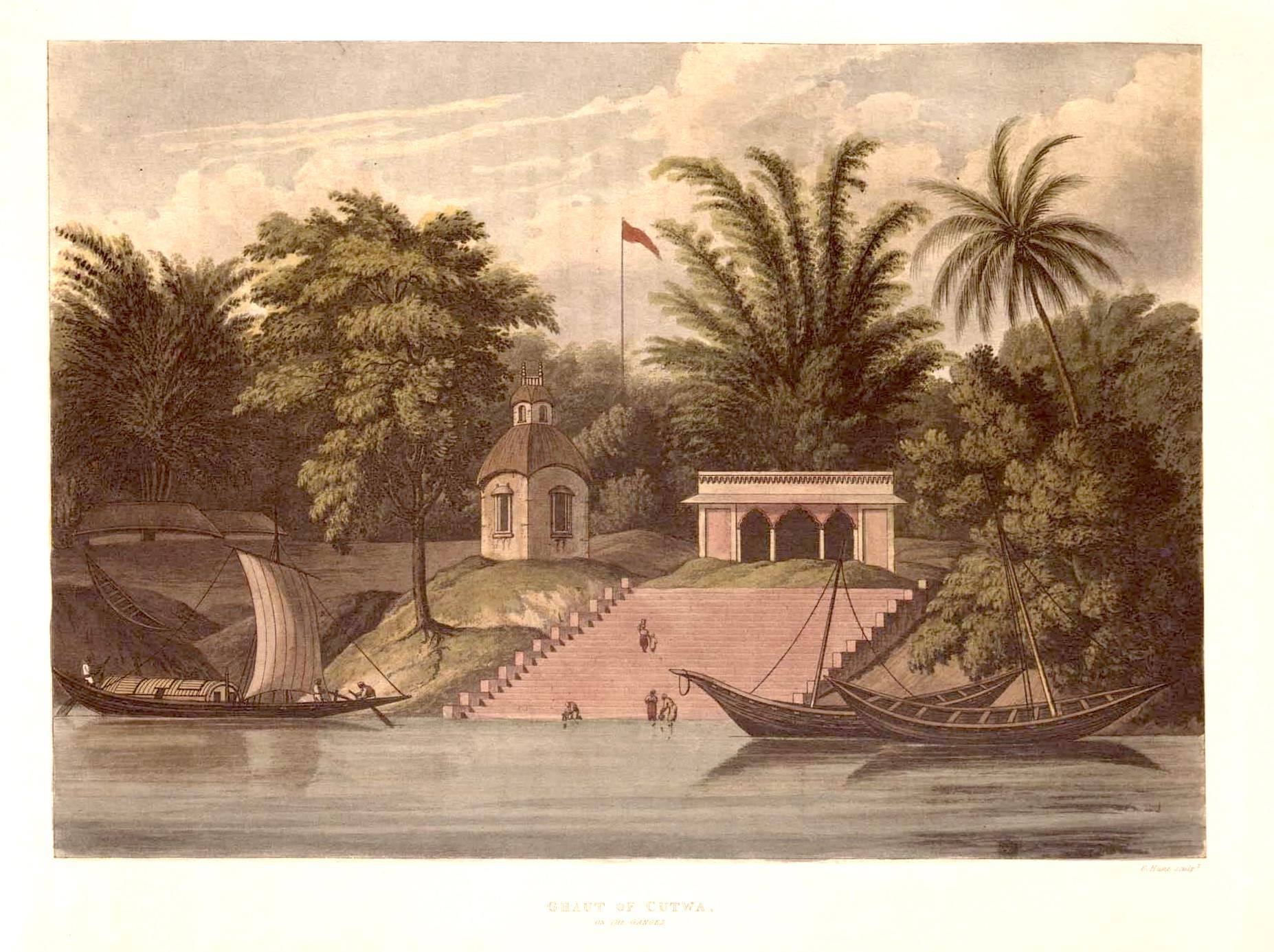 Digital Rare Book:
A Picturesque Tour Along the Rivers Ganges and Jumna in India : Consisting of Twenty-four Highly Finished and Colored Viewsâ€¦From Original Drawings Made on the Spot
By Lieutenant-Colonel Charles Ramus Forrest
Published by R. Ackermann, London - 1824

Lieutenant-Colonel Charles Ramus Forrest (1750-1827) was an amateur artist who also served in the army from 1802-1827. While in India he served with the 3rd East Kent Regiment from 1802-14. By the time he produced his collection of images the conventions of the Indian picturesque had been codified. Forrest was enamored of India and its romantic landscapes and hoped that his work would convey a sense of his excitement and enthusiasm to other Britishers. He modeled his landscapes on the visual program of the Indian picturesque that was established by Hodges and the Daniells. Picturesque artists were required to travel and make sketches of sites of interest and then organize the painting later. Indeed Forrest emphasizes how he always drew on the spot when traveling around India in his work. These artists were also supposed to present an accurate representation of place; however, the images were ultimately aesthetic constructions designed with a specific audience in mind. Typical images of the Indian picturesque represent palaces, forts, temples, and village scenes in various stages of ruin with human figures appearing only incidentally. These ruins were valuable and beautiful in a Romantic context, but gradually evolved into visual metaphors for the country itself so that India, while picturesque, was also seen as a land in decline.