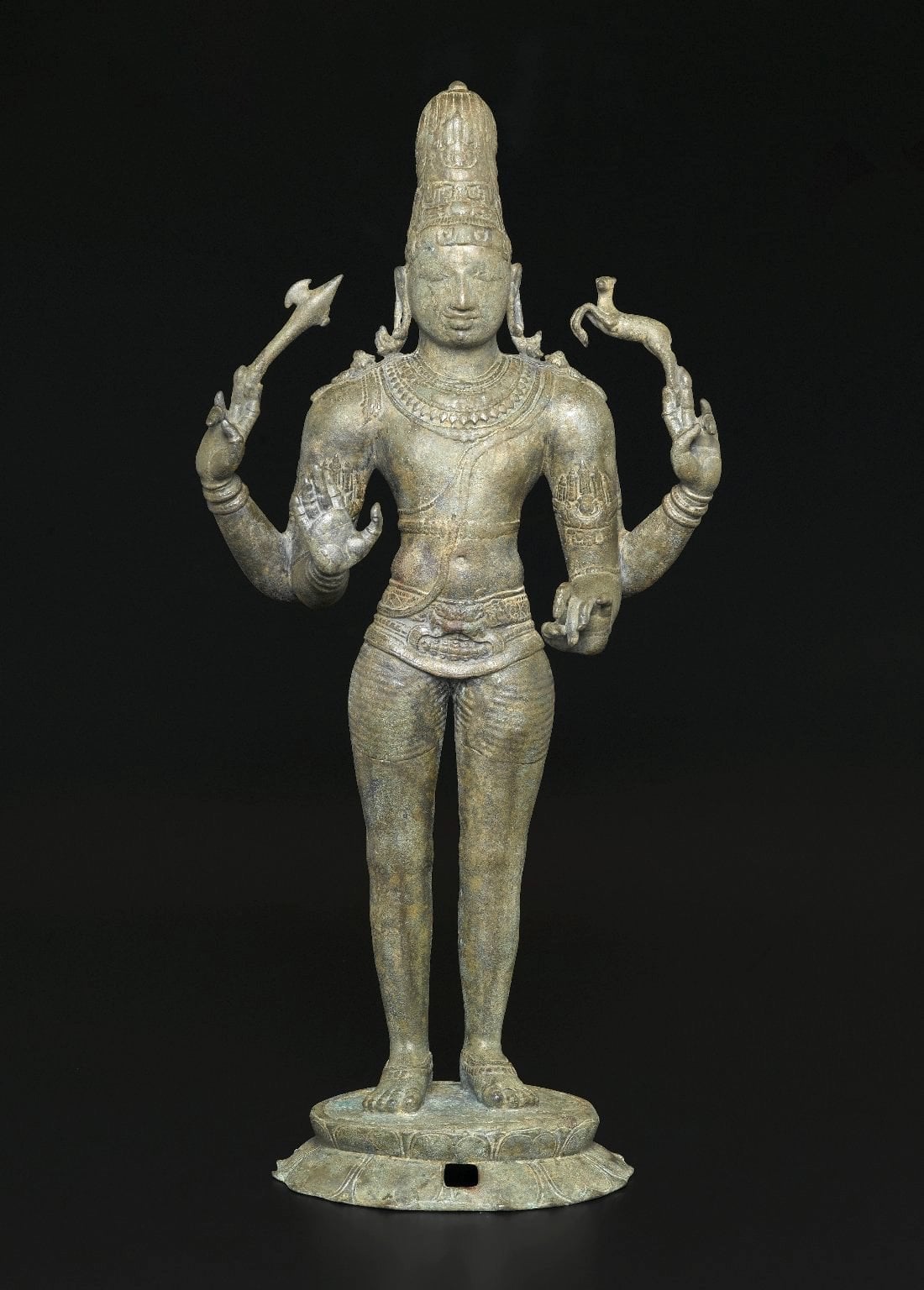 Shiva is one of Hinduismâ€™s most powerful and charismatic deities. He builds up great reserves of energy through the practice of yoga and then uses that energy to propel the cosmos. This sculpture shows the god as Chandrashekhara, meaning â€œhaving the moon as a crown.â€ His battle-axe and the small antelope emphasize his role as protector, especially of the animal kingdom. Although he stands straight and still, his broad shoulders and lively hand gestures suggest his potential for action.

Bronze casting reached an apex of achievement in southern India under the patronage of the Chola dynasty (circa 850â€“circa 1279). We can see that this image was repeatedly touched during worship, because the front is far more worn than the reverse.