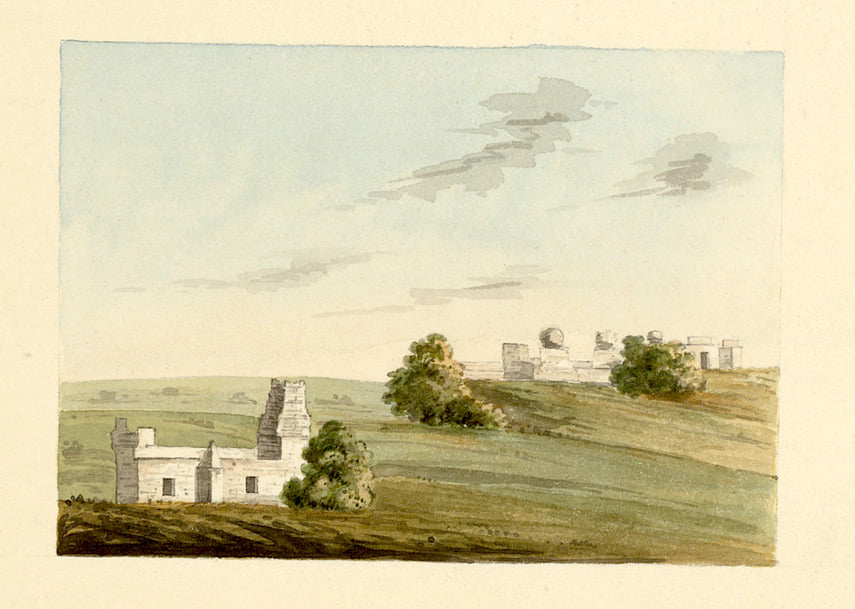 Ruined palace and temple at Vijayanagar - 1800

Water-colour of a ruined palace and temple at Vijayanagar, dated 1800. Inscribed on front in ink: 'Sketch of the Ancient Palace & one of the Pagodas at Alputtun. December 1800'; in pencil: 'Copied. Mar. 1816.'

Vijayanagara, the City of Victory founded in 1336, was the capital of the most powerful Hindu kingdom in Southern India until the defeat by the Muslim armies in 1565. The city was established on the site of the village of Hampi situated in a spectacular rocky landscape along the southern bank of the Tungabhadra river. Kings patronised the building of numerous temples for a variety of cults and the capital became a cultured and cosmopolitan society. The ruins of this royal town are scattered in different areas and comprise sacred and a royal buildings. This watercolour depicts some ruined buildings.