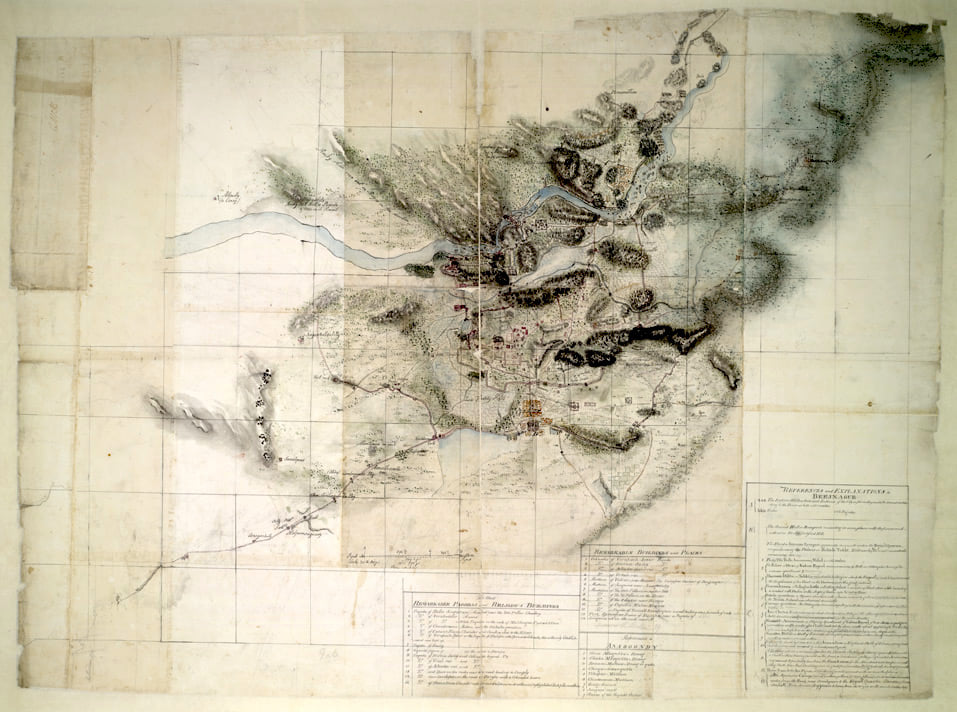 Pen and ink and watercolour plan of Vijayanagar from the MacKenzie Collection, dated 1780-1820.

Vijayanagara, the City of Victory, was the most powerful Hindu kingdom in Southern India from 1336 until 1565. It was founded on the bank of the Tungabhadra River by two brothers, Harihara and Bukka, formerly chieftains with the Delhi Sultanate. Vijayanagara flourished as a prosperous centre of Hindu art, culture and architecture, until the Battle of Talikota in 1565 when it was defeated by the armies of a coalition of neighbouring Muslim kingdoms, its rivals for supremacy in the Deccan. Vijayanagara is set in a spectacular landscape surrounded by granite hills. The ruins of this vast royal city incorporate distinct zones. On the south bank of the Tungabhadra river there is the sacred centre which consists of the temples and the small shrines grouped around the village of Hampi. An irrigated valley to the south separates this zone from the fortified urban core. This area, enclosed by a massive fortifications, comprises evidence of habitations, temples, gateways, tanks and wells. At the south-western end of the urban core there is the royal centre. This was the residential area of the royal household and included zones associated with the ceremonial, administrative and military functions of the rulers.