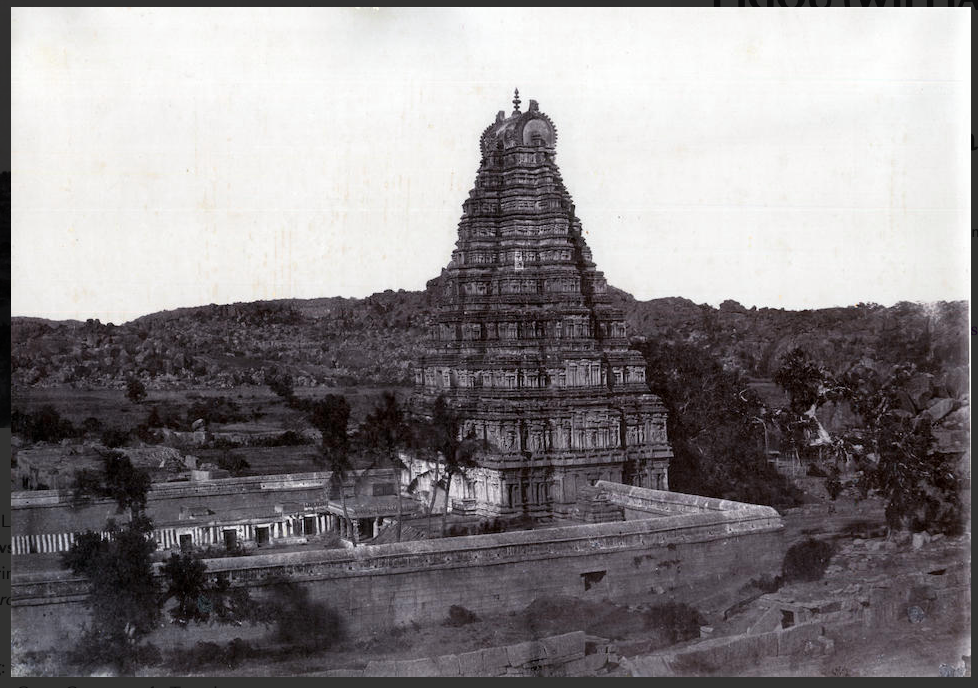 The Foundation of the City of Vijayanagara

â€œThe King going one day a-hunting, as was often his wont, to a mountain on the other side of the river of Nagumdym, where now is the city of Bisnagaâ€” which at that time was a desert place in which much hunting took place, and which the King had reserved for his own amusement - being in it with his dogs and appurtenances of the chase, a hare rose up before him, whicli instead of fleeing from the dogs, ran towards them and bit them all, so that none of them dared go near it for the harm that it did them. And seeing this, the King, astonished at so feeble a thing biting dogs which had already caught for him a tiger and a lion judged it to be not really a hare but more likely some prodigy; and he at once turned back to the city of Nagumdym. And arriving at the river, lie met a hermit who was walking along the bank, a man holy among them, to whom he told what had happened concerning the hare. And the hermit wondering at it, said to the King that he should turn back with him and show him the place where so marvellous a thing had happened; and being there, the hermit said that the King right in that place to erect houses in which he could build a city, for the prodigy meant that this would be the strongest city in the world, and that it would never be captured by his enemies, and would be the chief city in the kingdom. And so the King did, and on that very day began
work on his houses, and he enclosed the city round about; and that done he left Nagumdym and soon filled the new city with peopleâ€.