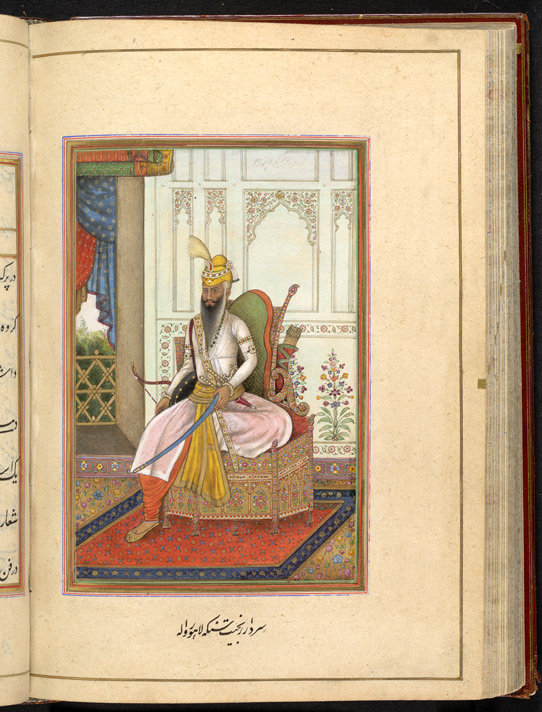 This miniature of the first Sikh Maharaja of the Punjab at Lahore, Maharaja Ranjit Singh (1780-1839), known as the 'Lion of Punjab', is from an album made in 1830. The album contains family biographies, in Persian, of princely families in the Sikh and Rajput territories by Colonel James Skinner (1778-1841), and 37 portraits of their current representatives.

His wives committed sati on his death !