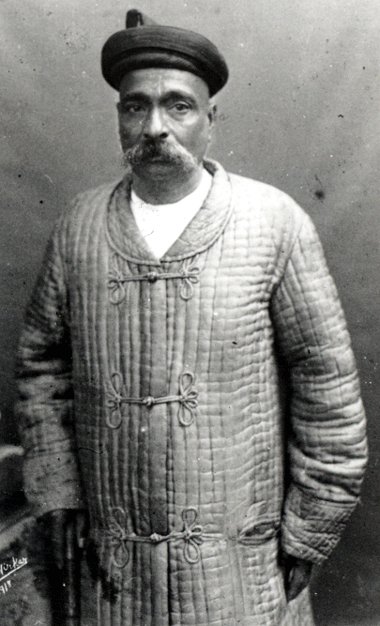 Full and authentic report of the Tilak trial. (1908.)
Being the only authorised verbatim account of the whole proceedings with introduction and character sketch of Bal Gangadhar Tilak together with press opinion.
Published by N.C.Kelkar
Editor - The Mahratta - September 1908

Book Extract :
I need, I think, make no apology for presenting this full and authentic account of the Tilak trial to the public. The case is of course one of great importance from the point of view of Mr. Tilak himself; but it is perhaps even more important from the point of view of the Indian public. The record in the case is bound to take rank as a part and parcel of the constitutional history of India in the beginning of the 20th century". While the trial was going on at Bombay there was hardly anything that was being talked of more than its proceedings throughout the length and breadth of the country. And since its termination the appearance of a number of more or less incomplete accounts of the case in various languages has testified to the fact that the people would very much like to be helped with the means of keeping an accurate memory of the great State Trial which had cut a niche in their mind. The present account of the proceedings, being prepared from short-hand notes and embodying all the papers and documents used in the case, will it is hoped, serve that purpose to some extent,
I must acknowledge my thanks to those workers who voluntarily and cheerfully helped me in my work. I must also thank the men of the Indu Prakash Press for their loyal co-operation.
I am painfully conscious of the typographical errors which have successfully avoided the corrector's vigilant eye. But the book had to be brought out within what was in effect a 'time-limit ; ' and the reader would, it is hoped, forgive those errors in consideration of the high pressure under which the whole work had to be done.

An amazing reformer and freedom fighter!

Was this the trial in which Jinnah was Tilak's lawyer and defended him in a masterly manner?

Also, I think the court's laywer or clerk was Malcolm Jardine, the father of the infamous 'bodyline' cricket captain, Douglas Jardine.

Arun: Yes. I can quote the following from the recent book "Jinnah: India-Partition-Independence" by Jaswant Singh. "The British ....arrested Tilak on charges of sedition. It was on this occasion that Jinnah stepped in boldly and filed an application for bail on behalf of Tilak in the Bombay High Court before Justice D.D. Davur, an Indian Judge. The judge .... rejected the bail application without assigning any reason. Unfortunately, despite all his efforts, Jinnah was not permitted by Tilak to act as his defence counsel as Tilak, being himself a law graduate, chose to plead his case personally." Jinnah wrote (as quoted by J. Singh) "There arose a serious difference of opinion between him (Tilak) and myself as a Counsel, because I refused to adopt any line, as a Counsel, except what I considered best for his defence." This trial came up for judgment on 13 July 1908. Tilak was sentenced to six years rigorous imprisonment, for which 'justice', Justice Davur was rewarded with a Knighthood. Jinnah was bitter about the dinner organized for Justice Davur to celebrate and refused to attend." He felt that "this was a savage sentence" on Bal Gangdhar Tilak.

Thanks Arun and Asad....extremely interesting.