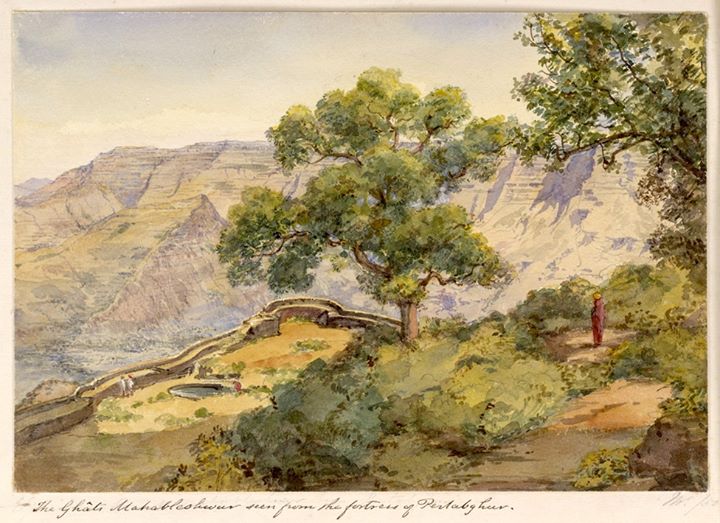 Water-colour painting of the view from the fort of Pratapgarh by William Carpenter(1818-1899) in 1850. The image is inscribed: 'The Ghats Mahableshwur seen from the fortress of Pertabghur Nvr/50' which is repeated on reverse.

Pratapgarh fort was built in 1656 to commemorate the victory of the great Maratha King Chhatrapati Shivaji over Afzal Khan, who was a general of Adil Shah of Bijapur. Shivaji either captured or built over 350 forts in Maharashtra creating a chain along the hills which formed a strong defensive line. The fort at Pratapgarh is situated at a height of 1,080 metres and commands spectacular views of the surrounding countryside. It has double walls with corner bastions, gates with studded iron spikes and two dipmal (lantern towers) in the lower fort, which were hung with lanterns to form beacons.

Text and image credit:
Copyright Â© The British Library Board