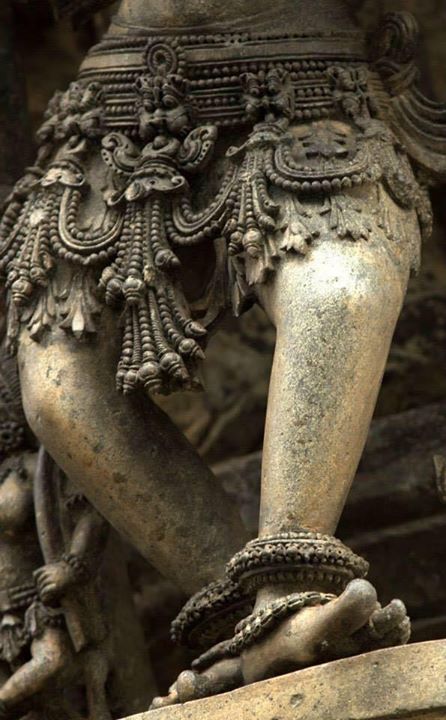 Digital Rare Book:
Abhinayadarpanam
A Manual of Gesture and Posture used in Hindu Dance and Drama
By Nandikeshvara
Translated into English by Manmohan Ghosh
Published by Firma K.L. Mukhopadhyay, Calcutta - 1957

Nandikeshvara (à¤¨à¤¨à¥à¤¦à¥€à¤•à¥‡à¤¶à¥à¤µà¤°) (5th century-4th century BC) was the great theorist on stage-craft of ancient India. He was the author of the Abhinaya Darpana ("The Mirror of Gesture").

His Influence on Bhasa

Nandikeshvara seems to have preceded Bharata, according to Ramakrishna Kavi. Some consider him to be Bharata's master. The most concrete example of Nandikeshvara's teachings have survived thanks to Bhasa. The poet and playwright Bhasa who wrote in Sanskrit, scrupulously executed "in his stage direction a good number of theoretical instructions received from Nandikeshvara, overtly disregarding the strict injunctions formulated by Bharata as it is manifest in the spectacle of kutiyattam."[1] Bhasaâ€™s plays had seemed, indeed, to ignore major inhibitions imposed by Bharata : for instance, that of fighting or inflicting capital punishment on the stage, etc. Even if it cannot be proved that the Kutiyattam is as old as Bhasa's texts, nobody can disregard the considerable influence of this prince among playwrights on the traditional abhinaya we are speaking of, probably the oldest in the world.

The Place of Bhasa

A few years before World War I, Pandit Ganapati Sastri, near Padmanabha-Pura in Kerala, found a bundle of about two-thousand-year-old palm-leaf manuscripts containing eleven texts composed by the legendary dramatist Bhasa. They represented the Dravidisation of Sanskrit which had begun during the centuries preceding the Christian era.

Although Bhasa's texts had mysteriously disappeared, his contributions had been, however, remembered by Kalidasa himself in the 4th century in his play malavikagnimitra, by Banabhatta in the 7th century in his harshacharita and, early in the 8th century, by Bhavabhuti (author of the play malatimadhava). Thus, Bhasa had remained not only a model for his posterity but, in the 4th century BC â€“ out of the theme of Charudatta accredited to him -, Shudraka had recreated the famous play known as the mrit-shakaTika. Even in the 12th century, Jayadeva, author of the gita govinda, had hailed Bhasa as the "smile of the Goddess of Poetry".

Since about two thousand years, among the treatises on abhinaya known in India, there has been an uninterrupted flow of compilations containing the teachings and the reflections of several prestigious masters, with commentary by other specialists of successive centuries.

Between the two land-marks â€“ Bharata's Natya Shastra (2nd century BCE) and Matanga Muni's Brihaddeshi (c. 5th century) -, majestic stands out Nandikeshvara's Abhinaya Darpana.[6] Although the final penning of this work was known to have been completed after that of the natya-shastra, Indian and Western historians place Nandikeshvara's school between the 5th and the 2nd centuries BC. After Matanga, Damodara Mishra in the Kuttini Mata (8th century), Rajasekhara in his Kavya Mimamsa (9th century), Abhinavagupta in the Abhinava Bharati (11th century), Sharngadeva in the Sangita Ratnakara (13th century) â€“ among others â€“ have continued paying tribute to Nandikeshvara's specific contributions.

A number of details in the staging of the Kutiyattam affirm first of all specialists' opinion that Nandikeshvara's influence had been deeper and wider on the concerned population than that of Bharata, at least owing to the geographical distance. Moreover, these very details refer so often to passages of the Abhinaya Darpana that there is no hesitation in recognising the proximity of this theatre with the place and the epoch that were Nandikeshvara's. It has been demonstrated that the actors of the Kutiyattam willingly learn by heart and put into practice instructions formulated by Nandikeshvara, without always knowing or acknowledging their source. This is, however, an unexpected yet irrefutable confirmation of my hypothesis about the relationship existing between Nandikeshvara and this traditional abhinaya.

How do I make these links work?