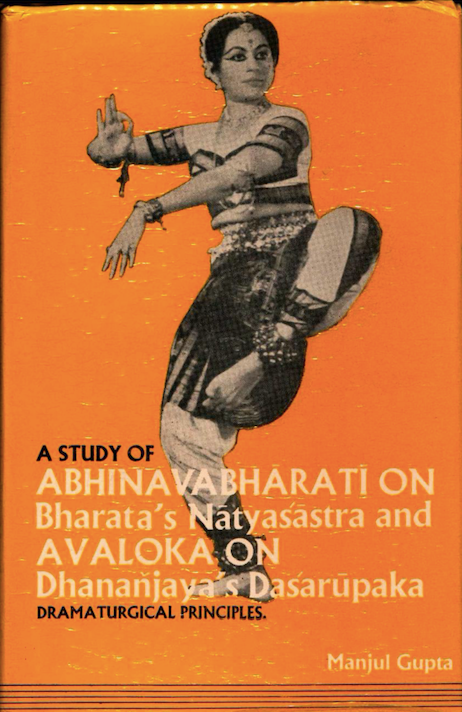 In the field of Sanskrit dramaturgy the place of Bharata’s Natyasastra is unique by its antiquity (not later than 3rd cent. A.D.) by being pioneer work in the field as well as by the thoroughness with which the subject is mooted out in it. But unfortunately many commentaries written thereupon are lost as is seen from the first extent commentary called Abhinavabharatt by the famous Kashmirian polymath, Abhinavagupta (between 975-1015).

It is happy coincidence that Dhananjaya, Abhinava’s contemporary from Malva presents an abridged and practical manual on the dramaturgy based on the great compendium viz. the NatyaSastra.

An exhaustive comparative study of the commentaries Bharati and Avaloka was a long-felt desideratum. Dr. Smt. Manjul Gupta has applied herself for the first time to fill up this gap by her sincere effort in the form of the present work.

Thank you so much; a great service sharing these treasures🙏