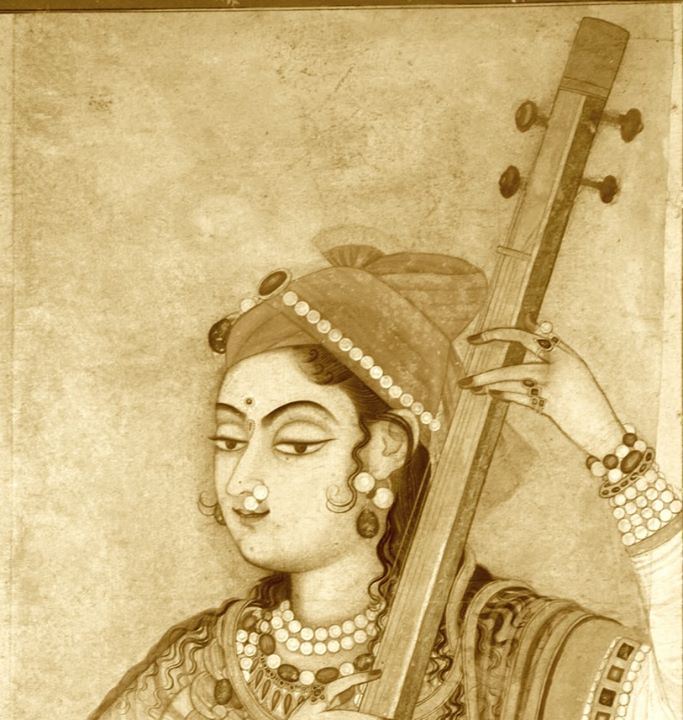 Sangita Ratnakara Sanskrit manuscript, verses 1.1.1-1.1.4.
The Sangita-Ratnakara, literally "Ocean of Music and Dance", is one of the most important Sanskrit musicological texts from India. Composed by ÅšÄrá¹…gadeva in the 13th century, both Hindustani music and Carnatic music traditions of Indian classical music regard it as a definitive text. The author was a part of the court of King Singhana II (1210â€“1247) of the YÄdava dynasty whose capital was Devagiri, Maharashtra.

The text is divided into seven chapters. The first six chapters, Svaragatadhyaya, Ragavivekadhyaya, Prakirnakadhyaya, Prabandhadhyaya, Taladhyaya and Vadyadhyaya deal with the various aspects of music and musical instruments, while the last chapter Nartanadhyaya deals with dance. The medieval era text is one of the most complete historical Indian treatises on the structure, technique, and reasoning on music theory that has survived into the modern era, and is a comprehensive voluminous text on ragas (chapter 2) and talas (chapter 5).

The text is comprehensive synthesis of ancient and medieval musical knowledge of India. The text has been frequently quoted by later Indian musicologists in their music and dance-related literature. Significant commentaries on the text include the Sangitasudhakara of Simhabhupala (c. 1330) and the Kalanidhi of Kallinatha (c. 1430).

Sangita Ratnakara was written by Sarangadeva, also spelled Sarngadeva or Sharangadeva. Sarangadeva was born in a Brahmin family of Kashmir. In the era of Islamic invasion of the northwest regions of the Indian subcontinent and the start of Delhi Sultanate, his family migrated south and settled in the Hindu kingdom in the Deccan region near Ellora Caves (Maharashtra). Sarangadeva worked as an accountant with freedom to pursue his music interests in the court of King Singhana II (1210â€“1247) of the Yadava dynasty.

SaÅ„gÄ«taratnÄkara is a very important text and this is evident from the many commentaries written on it. It remains as a reference text in the contemporary times among the Indian musicologists and music schools.

The text attracted secondary literature called bhasya in the Indian tradition. Two of the many commentaries on the text have been translated into English. These are SaÅ„gÄ«tasudhÄkara of SimbabhÅ«pÄla and KalÄnidhi of KallinÄtha. SaÅ„gÄ«taratnÄkara compiles information found in earlier works like NÄÅ£yaÅ›Ästra, Dattilam, BÅ—haddÄ“Å›Ä«, SarasvatÄ«-hÅ—dayÄlaÅ„kÄra-hÄra, ideas of Abhinavagupta on NÄÅ£yaÅ›Ästra, as well as others. Sarangdeva expanded the more ancient and medieval ideas as well, such as with his ideas on lasyas. The text forms a useful bridge between the ancient, medieval and the post-13th century periods of music history in India.

Is there an English translation of chapter 6 and 7?

Is Volume 3, having Adhyaya 6 available?