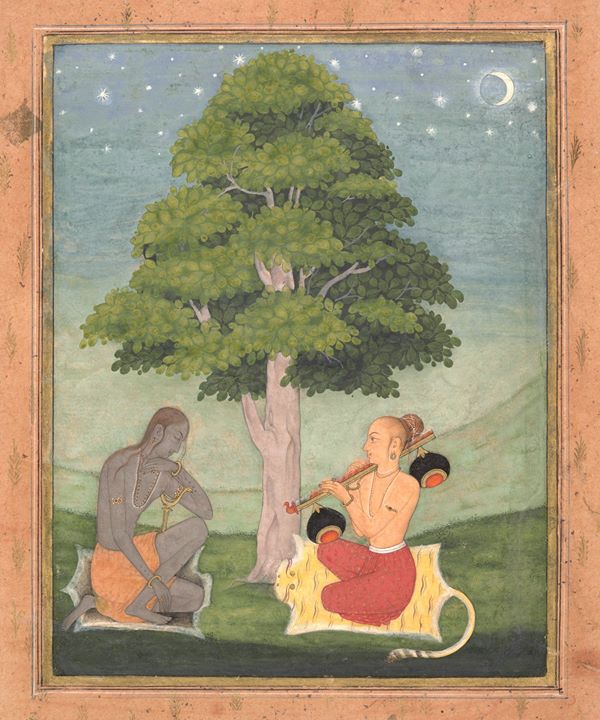 The artist Ruknuddin has combined creatively a number of ragamala texts to make this evocative masterpiece. Following artistic precedent and the texts, he shows an ascetic â€œin penance, adorned, gray [with ashes]â€ listening to a disciple, who is described as â€œa young man beauteous in every limb,â€ playing the rudra vina. Another ragamala text tells us the disciple is â€œan ascetic, whose mind is drowned in meditation on Shiva . . . crowned by the white moon.â€

Ragmala is one of the most complicated but still heavily dressed Indian musical art. Would like to see the book based on all ragas and raginis