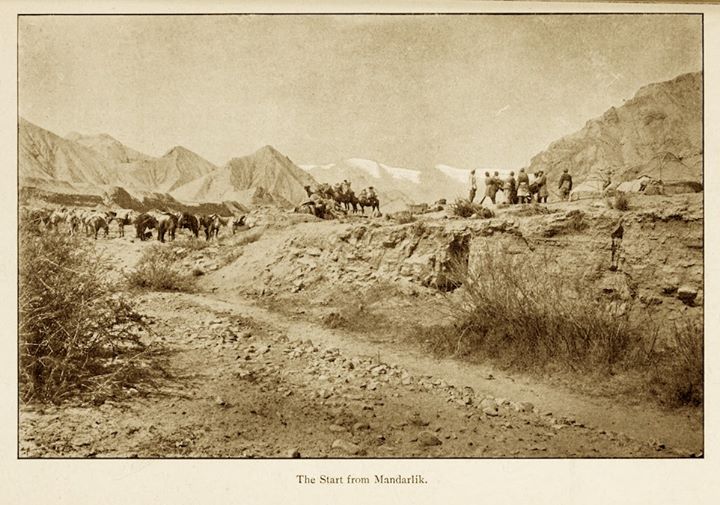 The halo of romance and the magic of the unknown which have for so long drawn the adventurous as by a magnet to the mysterious land of Tibet have now been in great part dissipated. I am the last traveller who penetrated into the Land of Snow trusting to my own resources alone. When the future traveller enters Tibet, and especially if he is an Englishman, it will be under the protecting aegis of the cannon and the stern safeguard of treaty ; but no reflection of the romantic will envelop him as he treads in all security the last hermit " kingdom " of the world, the revered Holy Land of Lamaism and the Sacred Books. I will confess that, in the events which have happened in that country during the present summer, my sympathies have been entirely on the side of the Tibetans â€” not, I hasten to add, for any political reason, but because I am a lover of freedom. And, in saying this, I trust I shall not offend any, for I have experienced too many and too great proofs of friendship and hospitality in both England and India for me to contemplate such a contingency with anything hke equanimity. But I am bound to admit, that with me freedom goes before friendship, and I should be untrue to myself were I not to testify thus publicly my sympathy with the Tibetans.

This book has, however, nothing whatever to do with politics. It is simply the narrative of my own journeys in that lofty region where the wild yak and the kulan browse amid the hailstorms and the driving sleets of summer. And if it teach no other lesson, it will perhaps serve to remind the reader of the difference that exists between the life of activity spent among the powers of Nature and the sedentary and stationary life of the great city.