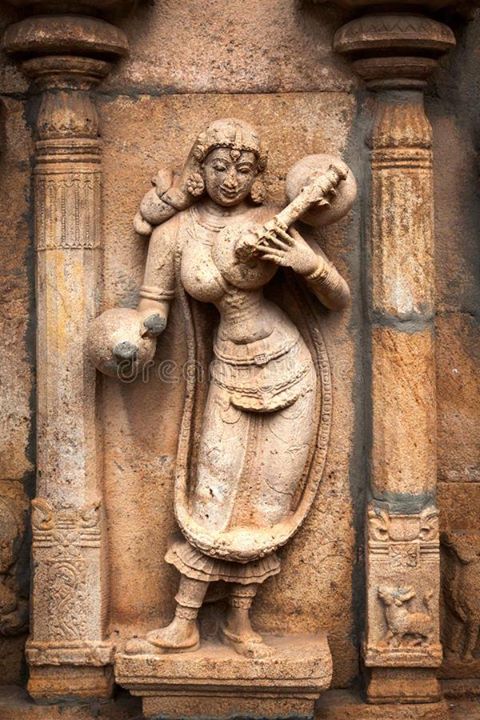 Brihaddeshi is a Classical Sanskrit (dated ca. 6th to 8th century) text on Indian classical music, attributed to Matanga Muni. It is the first text that speaks directly of the raga and distinguishes the (marga) and the (desi). It also introduced sargam notation (full names for notes already existed like in Natya Shastra). In Matanga's discussion of musical scales and micro-tonal intervals he clarifies Bharata Muni's Natya Shastra on which the author based his work. It clarifies many issues related to shruti that were presented tersely by Bharata.

The text uses a two-dimensional prastÄra (matrix) to explain how the 7 notes of the octave map into 22 Å›rutis, where the separation between the notes has varying distance. It also says that a finer subdivision in micronotes has 66 Å›rutis, and, in principle, the number of Å›rutis is infinite.

The text also speaks of the division of the octave into 12 svaras. According to Prem Lata Sharma, this is the first known text to speak of 12 notes.

The text of Brihaddeshi was edited by Prem Lata Sharma for the Indira Kalakendra series of original texts on the Indian arts and was published as a book "Matanga and His Work Brihaddesi" in 1992.

Brhaddesi is a landmark in Sangitasastra for more than one reason. It is the solitary text that forges a link between Natyasastra and Dattilam on the one hand and Abhinava Bharatl on the other, the gap extending over more than five hundred years. Its direct influence on later texts like Sangita Ratnakara and its commentaries is obvious in various ways, be it nada from the Tantric stream or the etymology of various terms or the description of ragas. The fact that it is co-eval with the emergence of the special style of bhasya in various systems of philosophy has lent it a unique halo in the form of its scholastic style, indirect reference to quite a few systems of philosophy and incorporation of the Tantric tradition.

Speaking of Sangita, Brhaddesi is the first extant text to describe raga, to introduce sarigama notation, to usher in a fresh approach towards sruti, svara, grama, murchana etc. and to establish the concept of desi and its counterpart marga.

The present publication presents the first critical edition of this well known, but almost inaccessible text, with variant readings, an English translation facing the original, textual notes and annotations.

Although the text is still incomplete, for want of the discovery of a manuscript, this edition will serve the purpose of study and research so far as it goes and the field covered is not small by any means.

Thank you very very much

Thanks for bringing out valuable information about our arts.