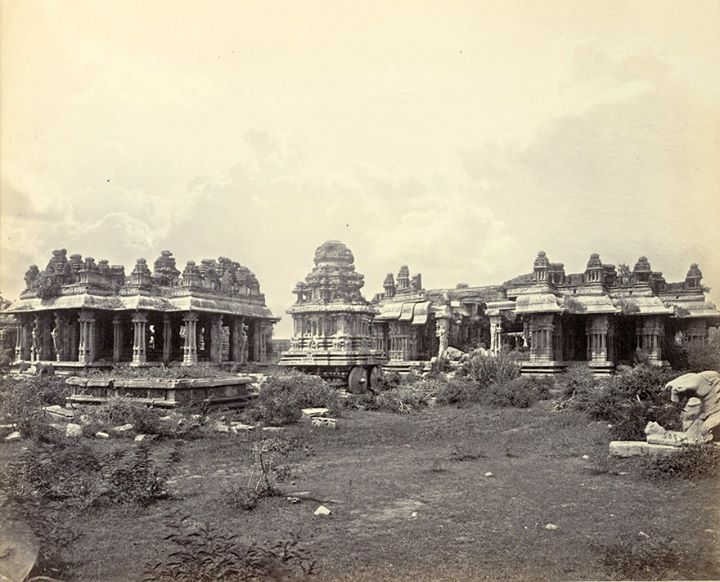 Swaramelakalanidhi is a much celebrated musicological treatise of 16th century Vijayanagara. Authored by Ramamatya in the year 1550, the work is counted among the sangita shastra navaratnas or the nine 'gems' of the theory of Karnataka Music. The work's importance lies in the fact that it is more relevant and related to modern practice than the books written prior to it. Spread over five chapters, it deals primarily with the theory of raga, describes the melas for the classification of raga -and the different shuddha svaras and vikrta svaras constituting the melas.

Works by other celebrated contemporaries like Pundarika Vitthala and Somanantha also deal with similar themes, namely the description of ragas, their classification under melas and the enumeration of the shuddha and vikrta svaras constituting the melas. Minor ideological difference can however be discerned among these works.

The Svaramelakalanidhi brings the theory up to date, rationalizes intervals and scales, introduces the concepts of svayambhu-svara (self-generating note, upper partial), .dharashruti paryayatattva and pratinidhitattva of svaras. Mukhari is established as the shuddhasvara saptaka. It also fixes and standardizes musical intervals on the keyboard, defines the accordatura, range, preferred strings (for particular notes) etc., for a variety of stringed keyboards. Among other things, it also innovates and dedicates a new keyboard to king Achyutaraya. A new scheme for classifying ragas into uttama (superior), madhyama (middling) and adhama (inferior) on the basis of their expressive potential is also expounded in the work. It also resolves the problem of the antara and kaishiki notes.

The work is divided into five chapters viz.,

Photograph of the ruins at Vijayanagara from the 'Photographs to Illustrate the Ancient Architecture of Southern Indian' collection, taken by Edmund David Lyon in c. 1868. Vijayanagara, the City of Victory, was the most powerful Hindu kingdom in Southern India from 1336 until the defeat by the Muslim armies in 1565. It was built on the bank of the Tungabhadra River and is surrounded by granite hills. The ruins of this vast royal city incorporate distinct zones and are divided into two main groups, the sacred centre and the royal centre. This photograph features the Garuda shrine in the form of a stone chariot in the centre, with mandapas to either side. These structures are all a part of the Vitthala Temple complex.