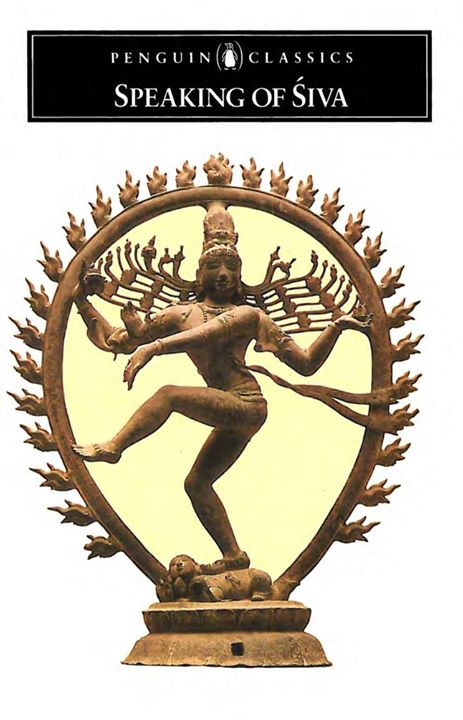 Speaking of Siva is a book of vacanas. A vacana is a religious lyric in Kannada free verse; vacana means literally â€˜saying, thing saidâ€™.

Kannada is a Dravidian language, spoken today in the south Indian state of Mysore by nearly 20 million people. Of the four major Dravidian languages, Kannada is second only to Tamil in antiquity of literary tradition. There is evidence for at least fifteen centuries of literary work in Kannada. Yet in all the length and variety of this literature, there is no body of lyrics more strikingly original and impassioned than the vacanas of the medieval Virasaiva saints. They all speak of Siva and speak to Siva: hence the tide.

The most intense and significant period of vacana poetry was a span of two centuries between the tenth and the twelfth. Four saints of the period are represented here: Dasimayya, Basavanna, Allama, and Mahadeviyakka, without doubt the greatest poets of the vacana tradition. Though vacanas continue to be written to this day and later writers have occasionally composed striking ones, not one of the later 300 or more vacanakaras comes anywhere close to these four saint-poets in range, poetry, or passion.

It is not a rare book!