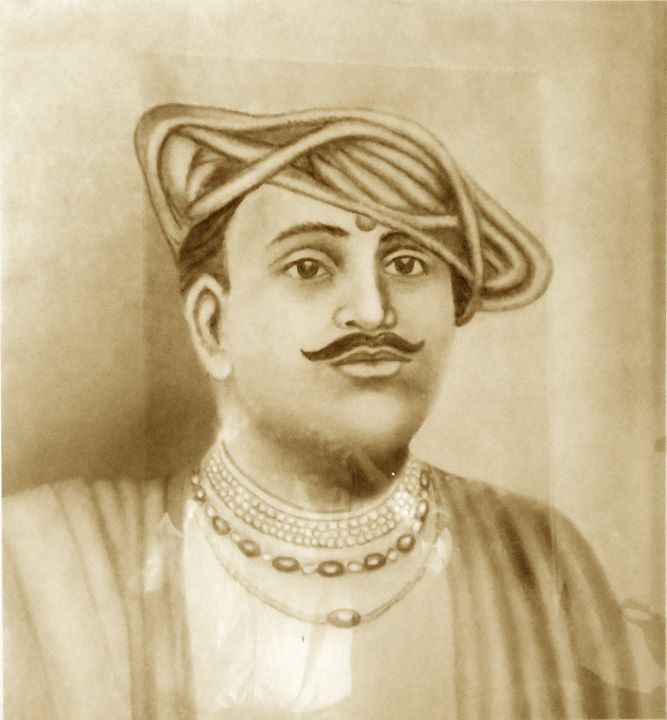 "Kanhoji Angria was a diplomat of uncommon ability. He was regarded as the second Founder of the Maratha navy. He undoubtedly re-established Maratha prestige at sea. He defied the joint efforts of the English, Portuguese and Sidis in his wars on land and by sea. He had given evidence not only of good seamanship but also wise diplomacy. He offered significant competition and damage to the European powers who fought with Angria at sea, who would later claim that he was pirate, but they deliberately ignored that he had been appointed an admiral in the Maratha navy by its legitimate leaders."

Kanhoji Angria occupies a unique position in the history of his country. For four decades a terror to the maritime powers of the western coast, he led his sailors from victory to victory and raised the naval prestige of Maharashtra to an unprecedented height. Yet we know little or nothing about his early career. In daring and warlike qualities he attained such preeminence among his contemporaries that the Maratha chroniclers could not possibly ignore him; even when his descendants were called upon by the Inam Commission to furnish them with a brief account of the great admiralâ€™s maritime exploits the traditional account of his life and career had not altogether been forgotten. But every student of Maratha history knows how little has been preserved by public memory, and the official account devotes only a few sentences to the siege of Suvarnadurg which afforded the future admiral an opportunity of giving evidence of that uncommon resourcefulness, unflinching resolution and undaunted courage which earned him an everlasting renown. It is said that while leading a forlorn cause he had actually been captured by the Siddis, but prison waIIs were no insuperable barrier to him and before long he swam back to the beleaguered castle to lead his comrades once again to a bold assault. It further adds that he accompanied Rajaram to Jinji and he was not appointed to the chief command of the Maratha fleet until his masterâ€™s return to Maharashtra. This cannot but be a bare outline and the details are sadly wanting. It is inconceivable that while the custodian of the castle had decided on capitulation the garrison should so readily respond to the call of an inexperienced youngman who had yet to make his name and fame. It is, therefore, certain, if we accept the official account of his early career, that he must have distinguished himself in minor engagements before he could call upon the dispirited defenders of Suvarnadurg to follow his lead, and the incident took place, if this popular account is accurate, shortly before the demise of Sambhaji. But a surmise, however logical, can hardly be as satisfactory as well authenticated facts. The English and Portuguese sources have proved more informative about the Angrias than the Marathi records, but neither the contemporary correspondence of the English Presidents, nor the official reports of the Portuguese Viceroys, nor the over credulous gossips from the far west who visited India in those days, throw any light on Kanhojiâ€™s early career. The first reference to Kanhoji Angria, hitherto traced in Portuguese papers, is about 1703. By that time he had already attained considerable fame, for in the next letter he is addressed as â€˜ Subedar da Armada do Sivaji.â€ Mr. Sardesai is of opinion that Kanhoji became chief admiral of the Maratha fleet after the death of Sidhoji Gujar, which event took place in 1697.'; According to the family history the appointment took place after Rajaramâ€™s return to Maharashtra and Grant Duff opines that the prince arrived at Vishalgarh in December, 1697. It is, therefore, likely that Kanhoji became Subhedar of the Maratha Armad early in 1698, and this surmise is indirectly supported by a reference to Kanhoji in a consultation at Bombay Castle on the 6th February, 1698-99.

Image:
Sarkhel Kanhoji Angre. Admiral of Maratha Navy 1698 - 1729. This image has been uploaded on Wikipedia with the kind permission of Raghuji Raje Angre, the present descendent of Kanhoji Angre.