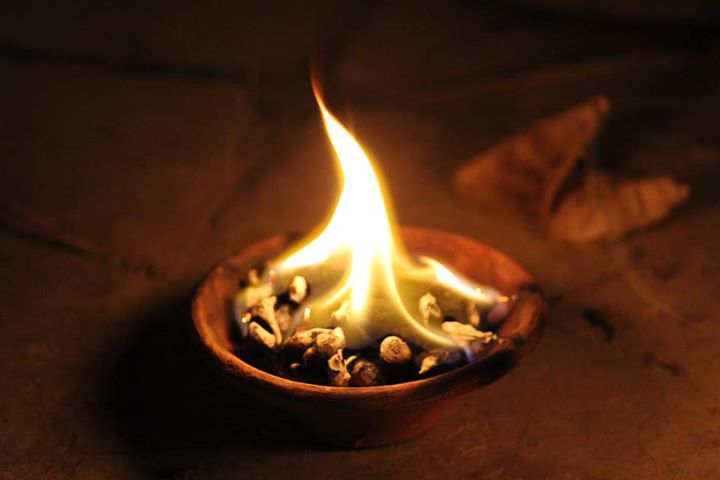 Essay:
The Secret of the Veda
By Professor Subhash Kak
Published in Medium - Apr 14,2019

Most people are perplexed about the Vedas. Very few have read them, and those who have find them difficult to understand. They canâ€™t make sense of its many divinities, sacrifices, rituals, riddles and paradoxes.

They are also confused by the praise showered on them by outsiders. Hereâ€™re just a couple of quotes (from hundreds to be found in the literature):

Arthur Schopenhauer, â€œVedas are the most rewarding and the most elevating book which can be possible in the world.â€

Henry David Thoreau, â€œWhenever I have read any part of the Vedas, I have felt that some unearthly and unknown light illuminated me. In the great teaching of the Vedas, there is no touch of sectarianism. It is of all ages, climes, and nationalities and is the royal road for the attainment of the Great Knowledge. When I read it, I feel that I am under the spangled heavens of a summer night.â€

Also, J. Robert Oppenheimer, physicist and the developer of the atom bomb, echoed Arthur Schopenhauer when he reportedly said: â€œAccess to the Vedas is the greatest privilege this century may claim over all previous centuries.â€

The reader of the Veda wonders why these (and other countless) luminaries say nice things about the Vedas when they canâ€™t see it themselves in the translations of the texts that they have.

Some make sense of this in their minds by believing that the meaning can only be attained after a whole life time of sÄdhanÄ, that is spiritual practice under the guidance of a qualified Guru.

In my view, the problem is that literally all academic translations of the Vedas are unsound. They may be faithful in literal rendition but mostly the deeper and contextually correct meanings elude them. These translations are like the map of a city made by a mouse, which may be accurate in the depiction of the many pathways, but totally missing in the broader or deeper picture.

In order to explain the secret of the Veda, I take the very first mantra of the á¹šgveda.

Hereâ€™s the translation people see on the Internet:

I laud Agni, the chosen Priest, God, minister of sacrifice,
The hotar, lavishest of wealth. (translated by Ralph T.H. Griffith, 1896)

It is a jumble of words that takes you nowhere. You stop and give up.

Agni and VÄc are two manifestations of the same deeper reality. This is expressed in the poetic expression that VÄc and Agni both reside in the waters and in trees. The waters of materiality hide the spark of Agni and the sounds of their waves; from trees comes fire as well as the wood for flutes and other musical instruments. There is also a deeper connection between the elements of tejas and vÄyu that I have discussed elsewhere (see my book Matter and Mind).[Note 1]

Devam, translated by Griffith as â€œGodâ€, is from the root div which means light. (Many years ago, I showed in my book The Gods Within that the devas are the cognitive centers in the mind. [Note 2]) The word â€œGodâ€ is meaningless here excepting in its primary meaning of Light. The devas are the centers of agency that are the constituents of our mind.

So here is the deeper meaning of words and the translation is:

I venerate Agni, the priest [purohita] who is the light [devam] and invoker [á¹›tvij] of the sacrifice, the one who chants [hotá¹›] and bestows treasure.

Imagine that your habits and conditioning have thrown a veil on your consciousness, which they do, but this is something that I am not going to go further in here. This veil can be penetrated by using the human manifestation of fire (that is speech of Agni, the purohita in the chants as hotá¹›) to connect with the inner spark (devam), so that the covering is dissolved and one is in touch with oneâ€™s true self.

The veil is only momentarily lifted just like one is only momentarily in the present moment. Most of the time, we inhabit either our past (which is dead and gone) or make dreams about the future (which doesnâ€™t exist). The idea of spiritual practice is to make that dissolution of the veil persist for ever longer period of time. How to do it is the practice of yoga.

The process of connecting from speech to inner light needs a bridge and that is the mysterious role of Agni as invoker. Why mysterious? Because we are not talking of things, but rather of the workings of consciousness, which is not a material entity. This process of invocation requires a mastery of the processes that are symbolized by the Goddess.

It reeks of mystery since we use Agni (speech) to connect to the inner Fire in a process that takes us beyond the act of sacrifice.

What about treasures that are bestowed? The process of connecting to the source, if I may use that phrase, is transformative. It is also punarjanman, the rebirth, the end of the yajna, the sacrifice. When connected to the source, capacities that lay latent, come alive. The treasures that one comes by were within oneâ€™s reach all the time excepting one wasnâ€™t aware of them, or one didnâ€™t know where to look for them.

The process also reveals the many levels at which one can connect to reality. These are the various lokas, planes of existence or worlds (the English word look is a cognate), whose knowledge and mutual relationships help one navigate through different aspects of experience making it possible for one to master the world through sankalpa.

In physics, it is like the directing of evolution by observation (something called the Quantum Zeno Effect that I have discussed elsewhere [Note 3]).

What are the many divinities of the á¹šgveda? These are the lights at different points in the inner space of the mind, the embodiments of various cognitive capacities.

If you use your senses at the deepest level to connect to the self, you are going from Agni to Indra (the heart of the senses) to the inner Light (Viá¹£á¹‡u). If your focus is on the transformative processes within the inner cosmos, then this energy is Devi. If your desire is to follow to the root of your consciousness through a path of auspiciousness and equanimity, then the divinity is Åšiva. There are any number of points of light that one may name variously that take us to the Source. (e.g. Note 4). These are not competing but complementary paths.

What is the origin of this desire? It is oneâ€™s innate temperament and the milieu in which one is raised. There are different kinds of sÄdhanÄ to practice which are described in the Vedic texts, which are truly a manual of universal spiritual science or Ätma-vidyÄ.

One may even provide this free translation: I praise the spark [of insight], riding my chant, that becomes light and invokes a transformation in me bringing me new powers. [Note 5]

The praise of Agni is to fortify oneself in oneâ€™s faith in this process of self-transformation. The rest of the hymn unpacks the attributes of Agni and speaks of how invoking it has worked in the past and how it will bring well-being in the future.

Just the first mantra of the á¹šgveda opens up an entire world of wisdom and insight. This is the doorway to the secret of the Veda.

It is important to note that the verse applies to both the physical plane as well as the spiritual one. There is no either/or in dharmic paths. It's a and. So the physical ritual of lighting a fire mirrors and is linked to the spiritual fire and one supports the other. Everything is aimed to stay true at multiple planes of reality.

congratulation ....thanks explain on veda sir

Agni is so unique. Nothing can contaminate it ðŸ™