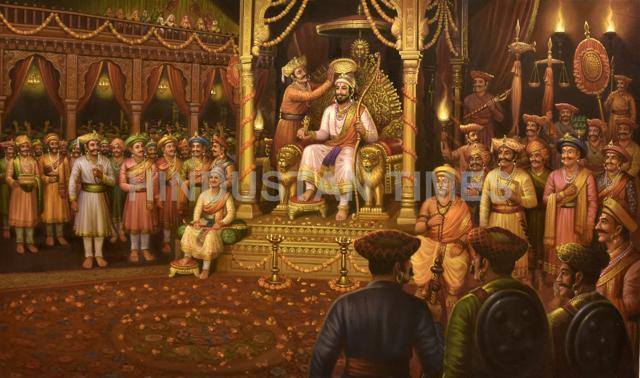 Kavi Bhushan (c. 1613â€“1712) was an Indian poet in the courts of the Bundeli king Chhatrasal and the Maratha King Shivaji. He mainly wrote in Brajbhasha interspersed with words from Sanskrit, Arabic and Persian languages.

Bhushan originally resided in the Tikwapur village in present-day Ghatampur tehsil, Kanpur district of Uttar Pradesh. He was the brother of the poets Chintamani and Matiram. Bhushan's original name is unknown. Kavi Bhushan ("Precious Poet") was a title given to him by the Rudra Pratap of Chitrakoot.

He first met Shivaji when the latter visited Agra to meet the emperor Aurangzeb; thereafter, Bhushan became a supporter of Shivaji. Bhushan later moved from Varanasi to Maratha Kingdom in the 1670s, and visited Shivaji's durbar (court).

Bhushan presented many of his poems on the occasion of the grand coronation of Shivaji; many of these poems are still remembered in Maharashtra. One such poem is "Shivbavani", which was written about Shivaji. He was a great poet of Anupras and Shlesh Alankar.

Image:
A painting by Shrikant and Gautam Chougule

Thanks for sharing this. Does anyone know how old is Brajbhasha?