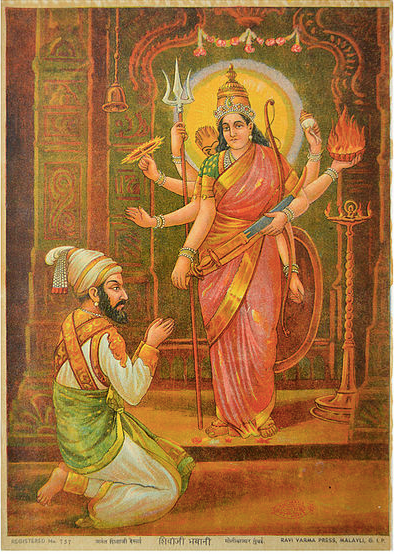 The following epistle containing the history of Shivaji was written at Tanjore by Krishnaji Anant a Sabhasad at tho court of Shivajiâ€™s second son Rajaram. Rajaram having expressed a desire to learn as much as he could of his illustrious sires achievements, his history and whatever he did from the time that he was a boy entrusted the task to Krishnaji who accordingly undertook it. How far Krishnaji has succeeded in accomplishing the work en-trusted to him will best be seen by a perusal of his epistle itself. Of Krishnajiâ€™s own history nothing is known beyond the fact that some of his descendants are still to be found at Kolhapur, but they can not furnish any information regarding their ancestor.

It will no doubt be seen that not a single one of what may be called the exploits of Shivaji has been omitted in the narrative but it would certailly have been more desirable had fuller particulars been given about the historian's heroâ€™s pedigree, his birth, the circumstances - which led to the development of his character, and similar other information which from an historical point of view would appear indispensably necessary. The narrative sums up in merely a few words the heroâ€™s character by stating that he was not an ordinary mortal but an incarnation of the Deity. These omissions are however excusable when it is considered that the narrative was written in the troublous times of Rajaram and consequently the writer may possibly not have had that leisure and serenity of mind which are essentially requisite for chronicling from memory a detailed narration of all the events in regard to his hero. The present introduction aims at supplying these omissions, and though the attempt might appear ambitious and far above the reach of the translatorâ€™s meagre abilities, still his humble efforts might only be looked upon as a task prompted by a desire to give the version of the Marathi manuscript an embodiment of as complete a history as possible of the Founder of the Maratha Empire by filling up certain gaps which it Was not convenient for the narrator to fill up when he wrote his narrative, or which might have been studiously left as such under the belief that to fill them up was a mere superfluity.

There flourished in the times of Akber a respectable Maratha family surnamed Bhosle. They are said to have held several Patilships and came into importance under the Ahmadnagar Government. Their principal residence was at Verul a village near Dowlatabad and close to the famous caves of Ellora. Babaji Bhosle one of this family had two sons Maloji the elder and Vithoji the younger. Maloji was married to Dipabhai the sister of Jagpalrao Naik Nimbalkar Deshmukh of Phaltan. For many years after marriage Maloji had no children, and though he had very frequently offered prayers to the God Mahadeva and the Goddess Shri Bhawani of Tuljapur his tutelary deity, of both of whom he was a pious devotee, for the fulfilment of his desires to have an heir, they were not productive of any result. At last a renowned Musulman saint ( Pir ) Shah Sharif from Ahmadnagar was engaged to offer his devotions for the birth of an heir. Shortly after, Malojiâ€™s wife gave birth to a son and in remembrance of Shah Sharifs blessings the child was named after him as â€œShah" with the Marathi termination â€œji â€ which denotes respect. Shahaji was born in the year 1594. In the second year Maloji's wife gave birth to a second son who was similarly named after the Musulman saint, Sharifji.

What a fantastic and successful project this would be, if someone could translate this book to English!