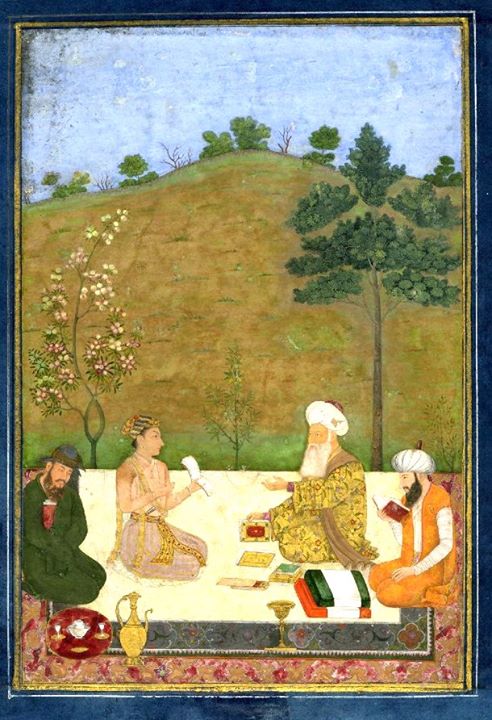 It is tempting to imagine how Mughal history might have been shaped had Shahjahan's elder son Dara Shukoh reigned and not Aurangzeb.

By this time in August 1659, everyone in the imperial court knew that Dara Shukoh would soon find himself minus his head. Emperor Shahjahanâ€™s eldest and favourite son, beloved of mystics and poets, had lost the war of succession, outsmarted by the shrewder Aurangzeb. Plundered by his own soldiers, abandoned by old retainers, his wife dead (possibly by suicide), and betrayed by a man he thought loyal, Dara seemed conscious of his impending doom. He wrote to his royal captor from his place of confinement, promising to spend the rest of his days praying for the new emperorâ€™s welfare. But his pleas were rejectedâ€”to the victorious Aurangzeb, hatred for Dara had accumulated over decades, and in the sham â€œtrial" that followed, the elder brother was accused of everything, from perverting imperial judgement to scandalous heresy, till the younger confirmed, self-righteously, the sentence of death.

The life Dara had led before was full of splendour and privilege. He sat on a golden chair in his fatherâ€™s court, and was styled, in happier days, Prince of Lofty Fortune. Before both chair and fortune were abruptly toppled, he had enjoyed 2 crore silver rupees a year in income. He was his fatherâ€™s closest adviser, provoking envy from more than one of his several siblings. Daraâ€™s personality was fascinating, and while he wrote sentimental verses on renunciation, he was no stranger to the notion of self-interest. When Aurangzeb, for instance, cornered the Shia sultanates of the Deccan, it was to Dara that their rulers sent their appeals. The senior prince, the sultans knew, had the ear of the emperorâ€”and since Dara had no desire to see ambitious Aurangzeb swell in power, he prevailed on their father and had his brotherâ€™s designs thwarted.

He did have natural defects in character. â€œHe entertained," wrote FranÃ§ois Bernier, who was Daraâ€™s personal physician for a brief period, â€œtoo exalted an opinion of himself (and) believed he could accomplish everything by the powers of his own mindâ€¦He spoke disdainfully of those who ventured to advise him, and thus deterred his sincerest friends from disclosing the secret machinations of his brothers". Added to this fatal over-confidence, born of soaring intellectual talents, was disdain for proud men with narrow minds. â€œParadise," he proclaimed, â€œis where no mullah exists"â€”naturally even sympathetic mullahs turned away from Dara. And so, for all the love and regard his father fed him, the man assembled enemies, with resentments as sharp as Aurangzebâ€™s. His chief military campaign, moreover, was a flop, and he lacked with ordinary troops that bond which brought success to his brothersâ€”where they picked the sword, Dara collected Sufi saints.

But the Mughal princeâ€™s weaknesses were only of the kind that one might find in any human being. His mind, on the other hand, surpassed his contemporaries. At 25, he authored his first book, and two years before his execution, he was still composing lines of pure delight. â€œHe was constantly in the society of brahmins, yogis and sanyasis," complained a poet employed by Aurangzeb, till he regarded â€œthese worthless teachers of delusions as learned and true masters of wisdom." He composed the Majma-al-Bahrain (The Mingling of Two Oceans), seeking, like his ancestor Akbar, to unite faiths to fashion a new vision for society. So, too, it was Dara who translated the Upanishads from Sanskrit to Persian, which a century later allowed Voltaire in France to immerse himself in Indian wisdom. These were, Shahjahanâ€™s ill-destined son wrote, â€œwithout doubt of suspicion, the first of all heavenly books"â€”lines that would one day be used against him as a direct challenge to the Quran.

But the times were violent and while Dara scaled the heights of intellectual attainment, he failed in claiming the power of arms that sustained kingship in that complex age. When Shahjahan fell ill, his son made tactical mistakes. He yet had chances of success, with the royal forces and treasure vaults at his disposal, but on the battlefield Aurangzeb was the real warrior, Dara only a poet in armour. He was defeated and fled Agra while his father wept, wandering from province to province, till Aurangzebâ€™s men defeated him once again. He should have fled to Persia when he had a chanceâ€”perhaps he might have returned like Akbarâ€™s father to fight another dayâ€”but bad judgement and betrayal by that treacherous friend delivered Dara his warrant of death.

When Dara came shackled to Delhi, the people shed tears in sincere regret. â€œFrom every quarter," noted Bernier, â€œI have heard piercing and distressing shrieksâ€¦men, women, and children wailing as if some mighty calamity had happened to themselves." Aurangzeb had, then, to eliminate this popular rival, and men were sent to do the deed on 30 August. His younger son died with him, while the older was captured and poisoned slowly to death. For these brutal political events, of course, a religious vindication was expertly prepared. As Aurangzebâ€™s chronicler wrote, with his obsession with the Vedas and his attention devoted to â€œthe contents of these wretched books", Dara was an apostate. â€œIt became manifest that if Dara Shukoh obtained the throneâ€¦the foundations of faith would be in danger and the precepts of Islam would be changed for the rant of infidelity and Judaism." The murder of brother by brother, then, was both imperial justice and godâ€™s fury in direct play.

It is tempting to imagine how Mughal history might have been shaped had Dara reigned and not Aurangzeb. Would he have saved the empire by becoming the Akbar of his age? Might he have embraced the Marathas as Akbar embraced the Rajputs? It is impossible to say, though as a historian once wrote, Dara Shukoh was perhaps destined to fail either way. He had many flaws and he had his strengths, but what really marked him out as a man of tragedy and dismay was one peculiar detail: he was far too civilized for his age.

Medium Rare is a column on society, politics and history. Manu S. Pillai is the author of The Ivory Throne (2015) and Rebel Sultans (2018).

Curator's comments:
Dara Shikuh and three holy men
Ascribed to Dal Chand
India, Mughal scool, c. 1950
Opaque watercolour on paper
Despite the attribution, it seems unlikely that this is the work of Dal Chand, who was active at Delhi in the first half of the 18th century. This portrait of the Mughal Prince, Dara Shikuh, is faithful to the spirit of the man, known for his mystical leaning, his biographies of Sufi saints, and his translation of Upanishads.

Image and text credit:
Â© Trustees of the British Museum

Thank you RBSI for the information and Art you have provided over the years,this is a wonderful work you do much appreciated.