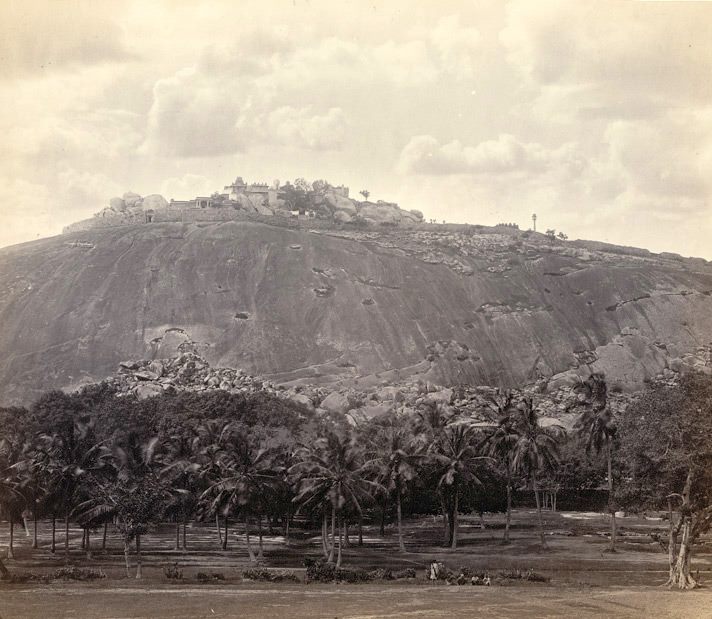 Photograph from an album of 40 albumen prints by Edmund David Lyon.

Shravanabelagola in the Hassan district of Karnataka is a site sacred to those of the Jain faith, especially venerated by the Digambara tradition of Jainism. It comprises the Vindhyagiri and Chandragiri hills and at the summit of the former, larger hill is a colossal granite statue of the Jain omniscient Bahubali, dating from the 10th century CE. For over 1000 years it has ranked as the world's tallest monolithic free-standing sculpture with a height of 18 metres. The serene statue is known locally as Gommateshvara. It was carved at the behest of Chamundaraya, a minister in the court of the Western Ganga king Rachamalla IV (ruled 974-99 CE).

Bahubali, the son of Rishabanatha, the first Jain Tirthankara, himself achieved omniscience through meditating for twelve years and the statue portrays him standing upright, with vines growing about his limbs. This view looks towards the Vindhyagiri hill and the Jain shrines on the summit.
(Edited by Manish Modi)