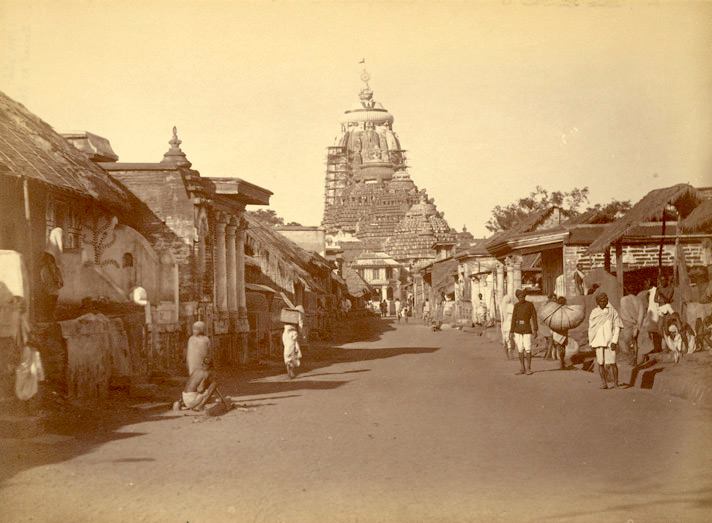 View from the east towards the Jagannatha Temple, Puri, with the bazaar in the foreground - 1892

Photograph of the Jagannatha Temple, Puri from the Archaeological Survey of India Collections, taken by William Henry Cornish in c.1892. Puri is one of the holiest places of Hinduism and is particularly revered by the Vaishnavas as the principal centre of the cult of Krishna in his form of Jagannatha or Lord of the Universe. The temple dedicated to him, one of the largest in India, was founded in the 12th Century by Anantavarman Chodaganga (r.1077-1147) of the Eastern Ganga dynasty and consists of a sanctuary, covered by a spire of 57 m capped by a large amalaka, preceded by a mandapa or porch with a pyramidal roof and other mandapas which were added subsequently. This is a view looking along the street towards the east gate of the temple complex.

Imagine traveling in time and space and explore this area !

THE POWER AND LEGACY'S OF BHARAT NOT INDIA