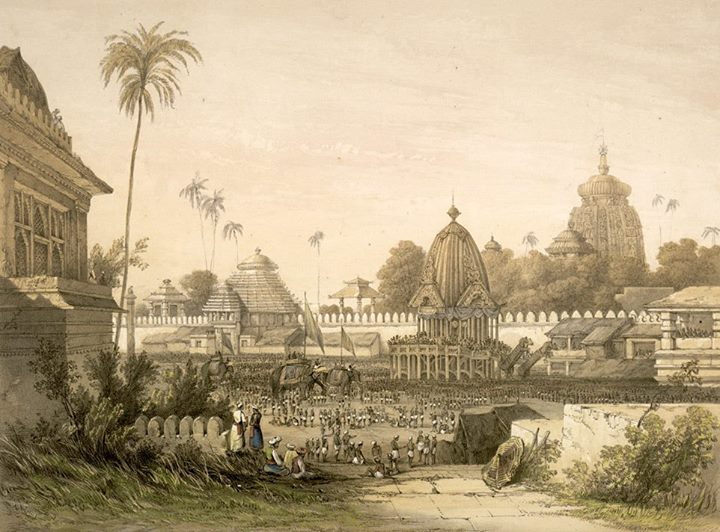 This is plate 2 from James Fergusson's book 'Ancient Architecture in Hindoostan'. The Jagganath Temple at Puri, Orissa, is an important pilgrimage site in India. It was completed in the 12th century under the aegis of Anantavarman Chodaganga of the Ganga dynasty. This picture shows the famous chariot festival (Rath Yatra) held at Puri every year in June and July. During this festival, the temple's wooden image of a form of Krishna known as Jagganath is transported on an enormous chariot pulled along by a mass worshippers. It is from this chariot festival that the English word "juggernaut" arose. In the foreground is the pyramidal chariot of Jagganath surrounded by a throng of devotees. In the background, beyond the wall, is the deul or tower of the Jagganath Temple.

The temple was not built but discovered in the 12th century by the erstwhile rulers of the ganga dynasty.