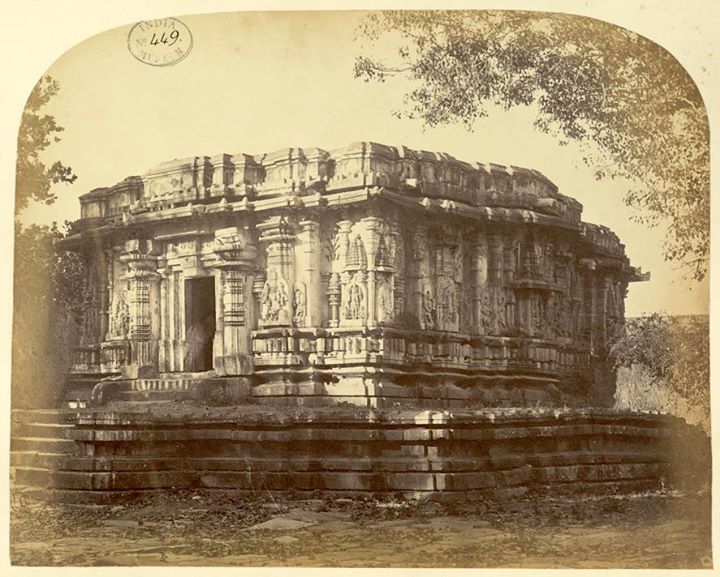 Temple with sculptured façades near the Chennakeshvara Temple at Belur - 1865

Photograph of a temple with sculptured façades near the Chennakeshva Temple at Belur from the Archaeological Survey of India Collections: India Office Series (volume 24: 'a' numbers), taken by Henry Dixon in the 1860s. The Chennakeshava Temple was built during the early Hoysala period in 1117 and is one of the masterpieces of that time. The temple is entirely built of grey-green chlorite and consists of a sanctuary with minor shrines on three sides and a columned mandapa, raised on a platform. It has a star-shaped plan which creates multiple projections. Its superstructure, which belonged to the Nagara style of architecture, is now lost. The sculptural wealth of this temple is extraordinary and represents architectural elements and figural carvings depicting different aspects of Vishnu. The temple in this view is possibly the Kappe Chennigaraye which stands to the south of the compound and has the same architectural features of the Chennakeshava temple.

All temple structures in Belur and Halebid have been resurrected by Archeological department and the temples are in full glory. They attract one of the highest numbers of tourists in Karnataka.

This temple is not Chennakesava Temple at Belur, but of Kedareswara Temple at Halebid.