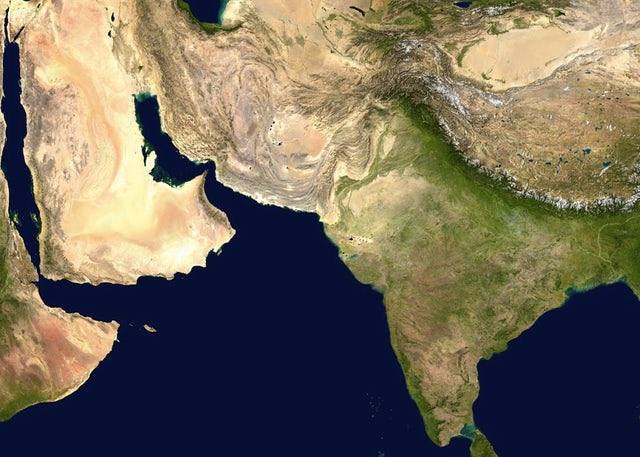 Article:
Genetics Might Be Settling The Aryan Migration Debate, But Not How Left-Liberals Believe
By Anil Kumar Suri
Swarajya - Jun 19, 2017

Given the importance of Aryan migration in the Indian history, it is necessary to challenge the one-sided presentation of facts in a recent article . There seems to be much that is questionable in its approach, and this deserves scrutiny.

Writing in The Hindu, Tony Joseph has claimed that genetics has very “sure-footedly” resolved the debate about whether there was a migration of Indo-European people (“Aryans”) into the subcontinent around 2000-1500 BCE – apparently, the “unambiguous answer” is yes. To anyone with a nodding acquaintance with the literature in the area, such an assertion is unfounded. Given the sheer importance of this topic to Indian history, it is necessary to challenge Joseph’s one-sided presentation of facts. There also seems to be much that is questionable in his very approach, and this deserves scrutiny.

Conclusions decided upon in advance?

Ironically, after saying that the dominant narrative so far that genetics had “disproved” Aryan immigration had not been nuanced, he abandons nuance himself.

Noting the clear slant in his article, and his quoting of Razib Khan, who was sacked as a columnist by the New York Times apparently for racist views, I got in touch with Dr Gyaneshwer Chaubey, senior scientist at the Estonian Biocentre, Tartu, and a widely-published scholar in the area. Indeed, Chaubey is a co-author with Peter Underhill (whom Joseph quotes) of the 2015 study on the R1a haplogroup that Joseph cites in his article.

To my surprise, it turned out that that Joseph had contacted Chaubey and sought his opinion for his article. Chaubey further told me he was shocked by the drift of the article that appeared eventually, and was extremely disappointed at the spin Joseph had placed on his work, and that his opinions seemed to have been selectively omitted by Joseph – a fact he let Joseph know immediately after the article was published, but to no avail.

Having known Chaubey’s views for some time now – especially that the origin of the R1a is far from settled – I was not surprised to hear this. This in itself gives the lie to Joseph’s claims of the “unambiguous conclusions” of genetics about the hypothetical Aryan immigration.

Why is RBSI persisting with this subject?What purpose does this serve?Seems to me we would better demonstrate our appreciation of rare books by posting about Crick and Watson,for starters.This subject is dear to all Indians,no doubt,because it addresses basic questions of who we are and where did we come from.Seems like the answers will take time,though we have learned much in the last hundred years.After all,without the first digs in Harappa we wouldn't even have such a controversy.Maybe RBSI can dig out material that will truly aid us in understanding these things in a spirit of curiosity and inquiry rather than the polemic of the times.Sorry for the long post and unsolicited advice,it's just that I for one have greatly enriched myself by following RBSI since the beginning.

If we close our eyes forcibly and become blind to the history, history cannot be changed. This is what communist historians are doing all along. By studying history, we cannot change present history. Preservation of our cultural and geographical history is for our benefit only. History of Iran, Iraq, Pakistan, Afghanistan are essentially Hindu only. By preserving even the remnants of that history will benefit their own nations and people. Islam cannot be there for eternity. Religions come and go. But people's lives matter. How they lived, what they did. If you erase them because it doesn't suit your present ideology, next coming generations will wipe out yours.

If you are a resourceful person and have little respect for your own country go and visit special archives (if they allow you) in Tehran, Austria, Germany, USA, UK eyes; ears; brain all will open instantly.

"... Left-Liberals" ... I soon I hear any of these stupid wannabe-American buzzwords, I become wary of the author.

Mex Muller rejected the EVOLUTION Theory of DARWIN and suported the Indian Theory of Indian Gods and AVTAR. The Inveders always pushing the theory of Aryan migration to prove that HINDO ARYAN Wer Inveders

The main Aryan migration from Central Asia into our region was between 18000-8000 BC ... Genetics is a fake-methodology being used to prove existing western dogma ...

WaRrior cast from Hindikush area were pure Aryans,not a Brahmin casts.People of Malaya consider the Brahmins as inferior to them.Parsi think the same.