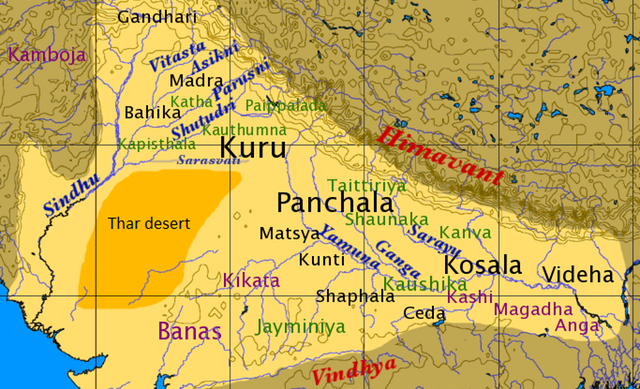 Article:
Propagandizing the Aryan Invasion Debate: A Rebuttal to Tony Joseph
By A.L.Chavda
Published in Indiafacts.org

India’s left-liberal-secular clique seems determined to propagandize the Indian public with its spin on the Aryan invasion debate by any means possible. A rebuttal to Tony Joseph's article in The Hindu.

On 16 June 2017, an article appeared in the Hindu titled “How genetics is settling the Aryan migration debate” by Tony Joseph. This article claims that the question of the origin of the Indo-Aryan people has been “settled”, based on the findings of a research paper that was published three months ago.

In this response, I will go into some detail to refute Joseph's claims.

There are a number of reasons why Joseph’s claims and conclusions are incorrect:

1. The article is based on an unreliable source.

2. The article ignores a fundamental rule of scientific research.

4. The article misrepresents the conclusions of the second paper it cites.

6. The author seems ignorant of the fact that the issue can only be settled by Harappan DNA.

In fact the human race started in the Indian subcontinent and spread across the planet including North and South America. Clearly our Vedic ancestors flew in Vimanas to distant corners of this planet and planted confounding DNA evidence to confound future research. Lost branches of ancient Hindus will also soon be found in distant planets.

Why is RBSI posting this?Undermines credibility built up with very diverse readership,sad to see a poorly argued propaganda response to a thought provoking article..

There was no Aryan invasion..... If it happened .....it was not from Iran to India .....it was from India to Iran....we conquered them and taught them culture and civilization!!!

We are one human race. We crawled this way and that way over the surface of this tiny speck of semi-molten dust

Absolute nonsense and making all the errors the author accuses Joseph of makiing.

Leftist? I thought this article in The Hindu was Rightist! I need to get my bearings right!

Wasn't the Aryan Invasion debunked a long time ago? That there was no evidence of violence and war but that migration occurred southwards because the River Saraswati dried up?

Aryans of india fighting to prove they are native indians...

Aryan invasion had no bases.

On it goes. Nana Farmer