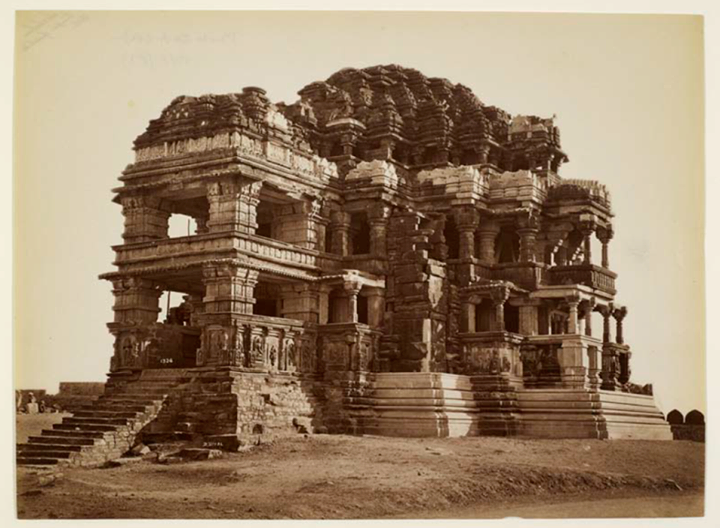 Essay:
Interpreting an Architectural Past - Ram Raz and the Treatise in South Asia
By Madhuri Desai
Published by: University of California Press on behalf of the Society of Architectural Historians -2102

he process of modern knowledge-making in late eighteenth- and early nineteenth-century South Asia was closely connected to the experience of British colonialism. Driven by an interest to control and comprehend their emerging empire in the subcontinent, British colonial administrators and military officers set about collecting physical vestiges of the country’s past and categorising information on its geography, history, and culture. Their efforts were mediated and supported by the efforts of Indian informants and assistants, and existing contexts, relationships, and connections were irrevocably altered. While the British might have been highly critical of eighteenth and nineteenth-century South Asian life, the activities and publications of organizations such as the Asiatic (formerly Asiatick) Society held that “the arts and sciences of ancient India were of the highest standard.”3 For the orientalist who held this view, the source of such knowledge resided in
so-called ancient texts.4 As an extension of this idea, architectural treatises written in the Sanskrit language came to be viewed as critical sources of knowledge. Apart from their
intrinsic value as texts, treatises could provide evidence that
the design and ornamentation of buildings (particularly Hindu temples), was an intellectual exercise rooted in the subcontinent’s unadulterated “classical,” and more significantly, “Hindu” past. A desire to elevate architecture to the rarefied realm of philosophy also drove the effort to closely
align building practices and treatises.

As an Enlightenment preoccupation with classification extended to British attempts at comprehending all aspects of South Asian society, it resulted in the region being perceived primarily in terms of divisions along boundaries of religion and caste. Within this scheme, Hindus and Muslims occupied different social realms and were presumed to have inherited different histories. More specifically, Hindus were supposedly privy to a pre-Islamic religious, cultural, and Sanskrit linguistic heritage that the orientalists perceived as being independent of its more recent Islamic context. This matrix of rigid religious categories was overlaid on an older set of distinctions between “turushkas,” or Turko-Afghan Muslims, and a loosely conceived category called “Hindus.” While cultural, religious, and ethnic differences were a well articulated reality in pre-colonial South Asia, these were also significantly more porous than their interpretation within colonial scholarship suggested, and was applied to the interpretation of the architectural treatise as well. Texts that had circulated in the subcontinent between the twelfth and eighteenth centuries were plucked out of this context to stand as evidence of an unadulterated “Hindu” building tradition