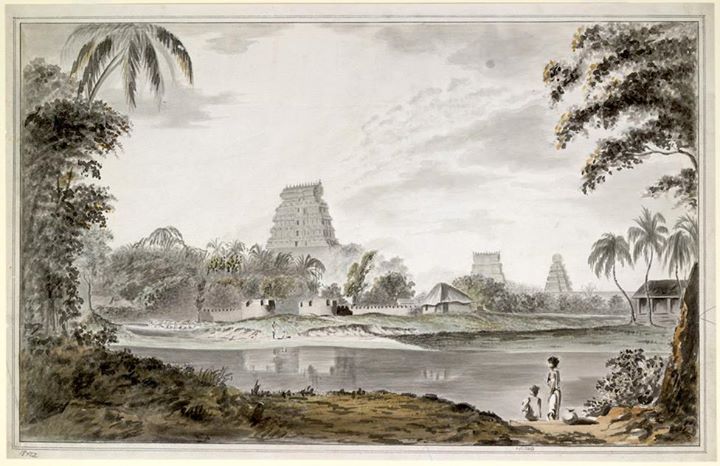 Watercolour of the Brihadishvara temple at Thanjavur with a tank in the foreground, by Elisha Trapaud (1750-1828), c.1785.

Thanjavur was established and used by the Chola rulers in the 9th-12th centuries; it later became a Nayaka stronghold in the 16th-17th centuries and was also used by the Marathas in the 18th century. The Brihadishvara Temple, also known as the Rajarajeshvara Temple, is dedicated to Shiva and was built in the 9th century. It is one of the great achievements of the Chola era. This monumental temple stands in the middle of a large rectangular courtyard surrounded by smaller shrines. Its steeply pyramidal tower stands at about 66 m and consists of 13 storeys, each with pilastered walls covered with carved figures of divinities. This drawing is a distant view across a tank of the Great Temple at Thanjavur, with the two gopurams and the temple vimana viewed in a line.

Any ways to get a high res version of this image?