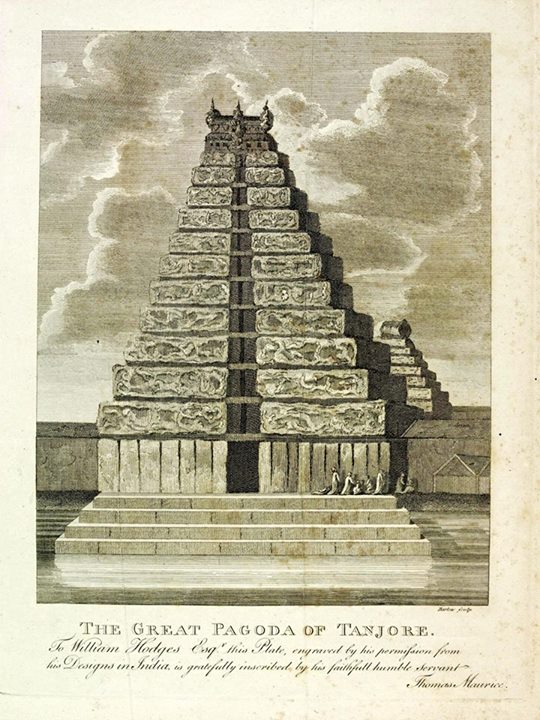 The instigation of a systematic study of Indian architecture, within the realm of British scholarship, is general ly attributed to the great Victorian art historian James Fergusson. His writings are wide-ranging and copious, but that they contain errors both of fact and interpretation, often arising from the European bias of his approach, is now widely recognised. Indeed such problems in his work were identified in the early years of this century by a new generation of art historians, chief amongst whom was A.K. Coomaraswamy, who sought to replace approaches like Fergusson's with ones based more securely on Indian ideas of aesthetics. Fergusson and Coomaraswamy are justly respected as pioneers, but neither worked entirely on a clean slate: they had some important precursors whose contribution is less often acknowledged, and even some of the differences between their approaches are prefigured in work of a much earlier period.

The first foreign observer to go beyond comment on isolated buildings, and to attempt something like a theoretical approach to Indian architecture in general, was the traveller and topographical artist William Hodges. Anticipating the more famous Daniells, Hodges visited Madras and toured parts of northern India between 1780 and 1783. He published his reflections on the country's architecture partly in the notes accompanying his series of aquatints, Select Views in India (1785-8); and then more coherently in his Dissertation on the Prototypes of Architecture: Hindoo, Moorish and Gothic, of 1787. This material was repeated and amplified in his volume of memoirs, Travels in India, of 1793. Though not always free from self-contradiction, his work proposes a basis from which to approach the subject.

The Great Pagoda of Tanjore, engraved by James Barlow after a design by William Hodges R.A.